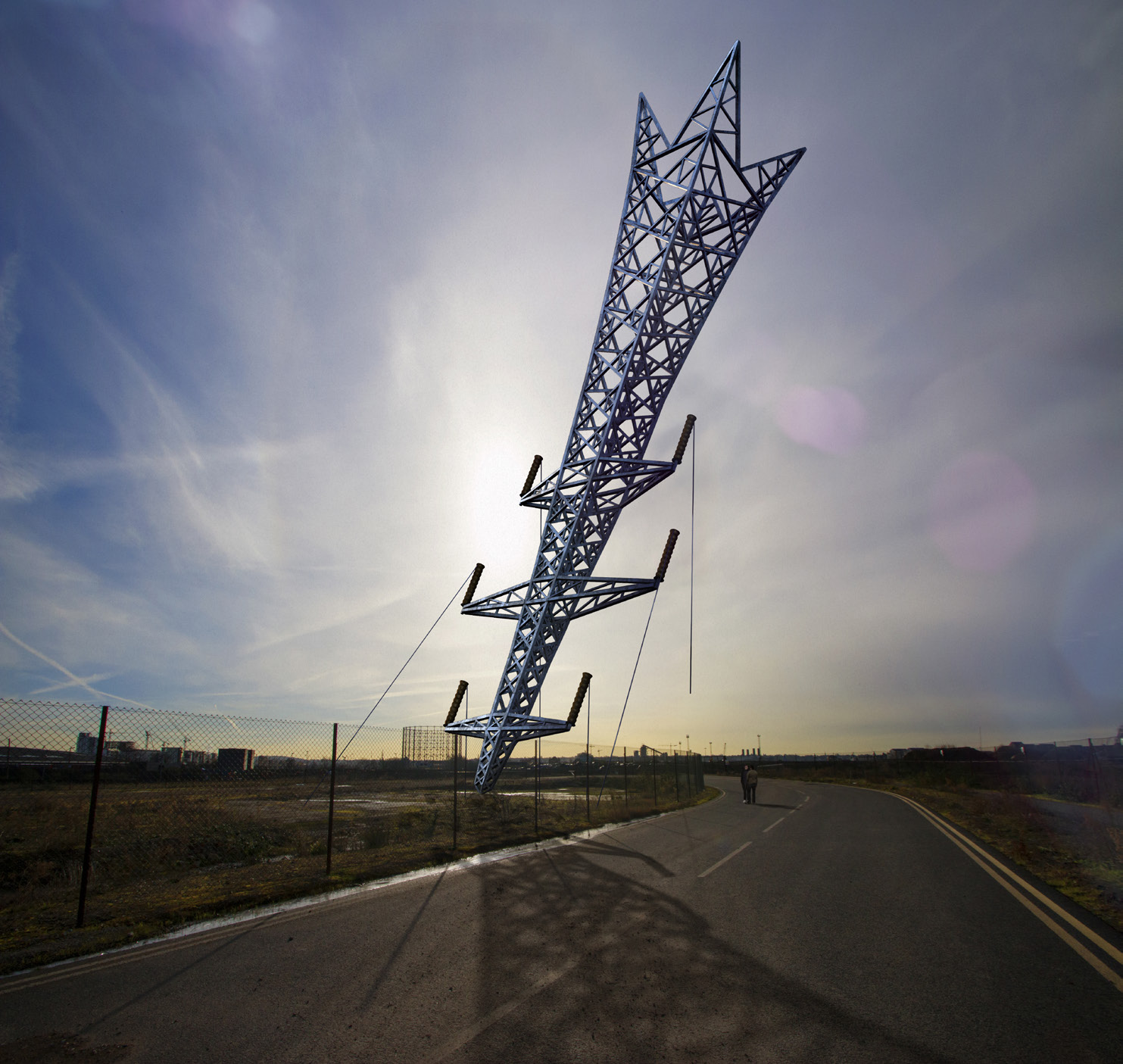 This year’s London Design Festival, which runs September 19th—27th, is sure to feature some insanely unique ideas, including a concept called “Bullet From a Shooting Star.”

Basically, Bullet From a Shooting Star is a transmission tower turned upside down, designed by concept artist Alex Chinneck.

The structure was designed in order to pay respect to the industrial history of the Greenwich Peninsula. It stands 35 meters high, weighs 15 tons, and is made of pure steel.

The name, Bullet From a Shooting Star, comes from how the structure looks stuck in the ground, like it was literally shot down to Earth and came to rest at an odd angle.

Those worried about the massive, leaning structure toppling over need not fear because the transmission tower’s foundation will feature 19 meter-deep piles buried within 78 cubic meters of concrete. Say What? This Retractable Sauna Will Literally Extend Out of Your Wall