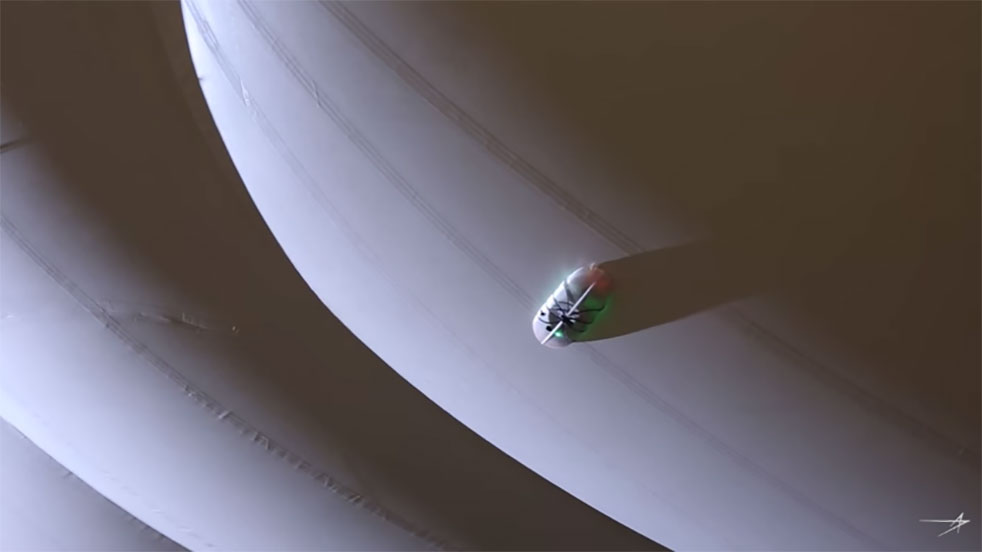 The Lockheed Skunk Works Spider Robot is a mouthful to say but is actually one of the more useful robots I’ve come across recently.

The Skunk Works Spider can crawl all over blimps and ultimately identify and then repair tiny pinhole leaks making it a pretty sweet bot to have around.

Obviously, before the Spider bot, inspecting airships was a tedious process as it was done by humans with their own two eyes and flashlights, while also requiring the blimp to be completely deflated.

But the Skunk Works Spider, which stands for Self-Propelled Instrument for Damage Evaluation and Repair, can do the exact same task while the blimp is inflated.

The robot is comprised of two magnetically-attached halves, one which is on the outside of the blimp while the other half is on the inside in order to skate around the airship with its camera and LED lights.

From here, the Spider can easily detect leaks and position itself for repair, all while sending images back to a central server for humans to take a look at.

The Lockheed Skunk Works Spider Robot is a neat, practical bot that actually works in tandem with humans, while also increasing efficiency.