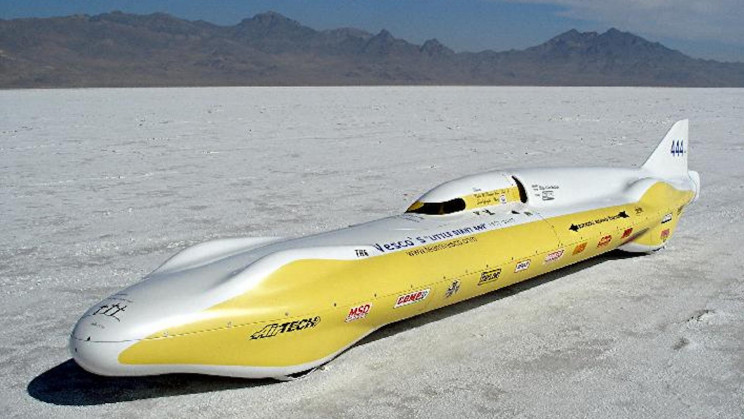 The Little Giant features two “heavily modified” electric Tesla motors, powered by 1,152 prismatic lithium-ion batteries. The team did not specify the total capacity of their batteries or the power of the modified Tesla electric motors.

Team Vesco 444 reVolt Systems is convinced that they could do better than this. They want to set the electric vehicle land speed record even higher to raise the stakes for future attempts. They also set the next goal of reaching 400 mph (643 km/h).