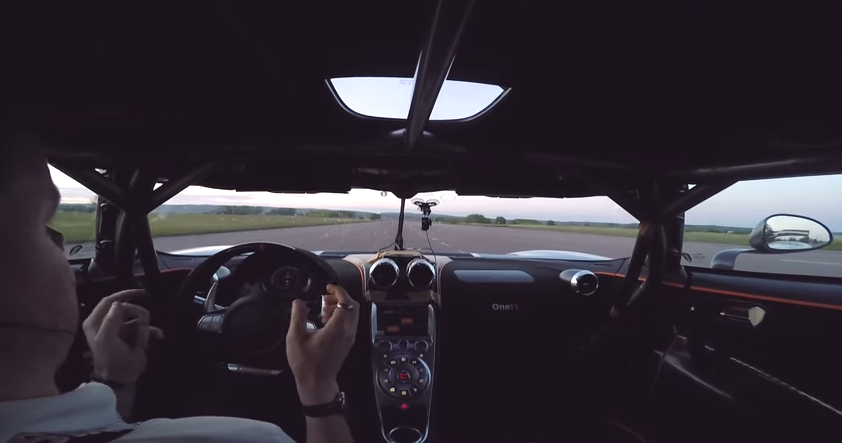 Back in June, the Koenigsegg One:1 “megacar” accelerated from zero to 300 kilometers an hour (186 mph) and back to zero in merely 17.95 seconds, a world record.

However, the initial video released of the feat had some crazy background music that kind of took away from the accomplishment itself.

Now, the Swedish supercar manufacturer released a new version of the video with no background music, allowing you to get the full effect of the engine in the “full-noise edition.”

The Koenigsegg One:1 gets its name from its 1,360 PS (the German measurement for horsepower), offsetting its lightweight 1,360 kilogram (2,998 pound) construction.

Watch the video below and see if the roar from the One:1’s five liter V8 dual-turbo engine doesn’t make you want to drive this beast yourself!