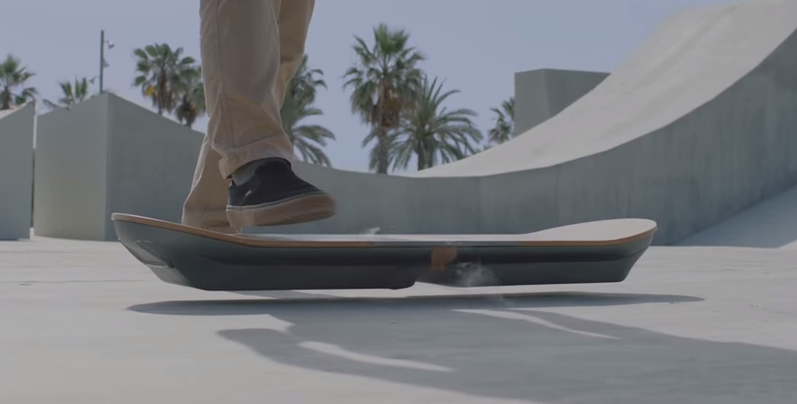 Lexus has apparently built a working prototype hoverboard that looks just as beautiful as its cars.

A video of the new Lexus SLIDE hoverboard shows a kid skateboarding, then stepping off the board and onto the hoverboard, which the company calls the “first real, rideable hoverboard.”

Unfortunately, the video cuts off right before we can see if the SLIDE actually works. For marketing reasons I get it, but Lexus better hope it lives up to the hype now.

The technology the hoverboard utilizes is magnetic levitation, which uses liquid nitrogen-cooled semiconductors and magnets for its frictionless movement

“When technology, design and imagination come together, amazing things can be achieved. Presenting SLIDE,” Lexus said in a tweet on Tuesday.

Testing of the Lexus SLIDE will begin in Barcelona this summer, as Lexus determines if the hoverboard is a viable option for the public.