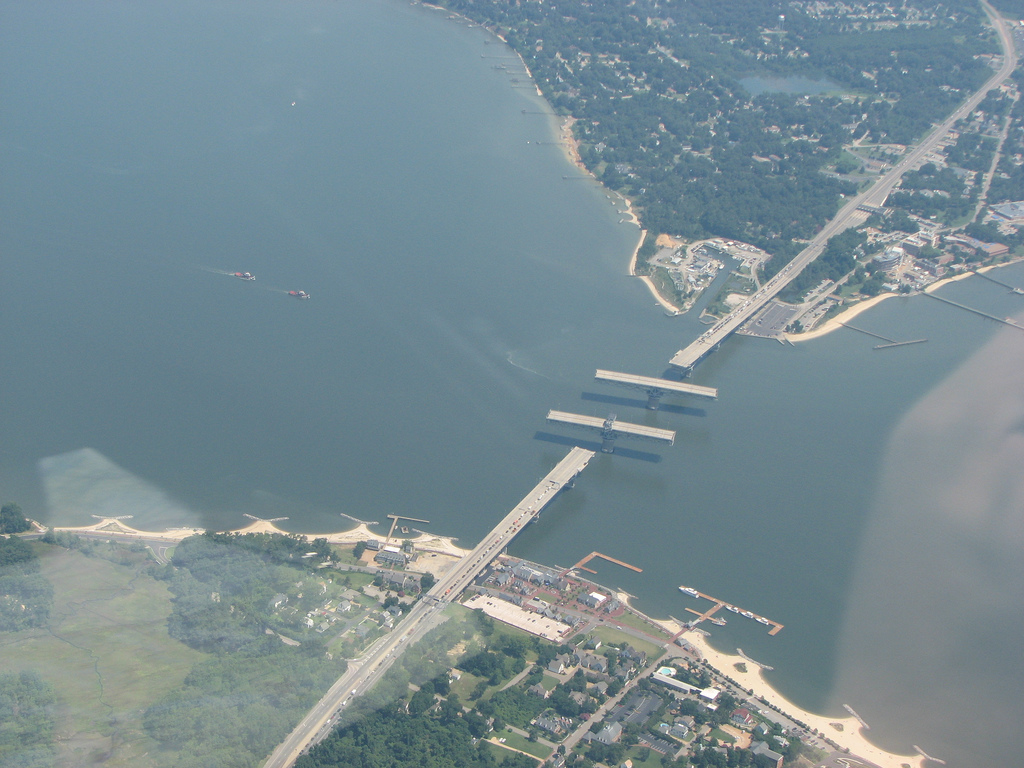 A “swing bridge” swivels allowing ships to pass and then swings back to allow automobile or train traffic to continue. “Double swing” bridges have two swinging or swiveling sections. The George P. Coleman Memorial Bridge running between Yorktown and Gloucester Point in Virginia, USA was built in 1952 and widened in 1995.  The largest swing span bridge in the world is Pyrmont Bridge spanning Darling Harbor in Australia.

Originally built at a cost of $9 million, the bridge spans 3,750 feet with a capacity of 15,000 vehicles a day. The bridge was carrying 27,000 vehicles a day and the machinery rotating the swing spans was regularly experiencing mechanical problems.

Bridge Built Off Site And Floated Into Postion

After considering a tunnel or another location upstream, engineers rebuilt the bridge off site and the bridge was rebuilt in the same location. Nearly 2,500 feet of truss and swing spans in six sections were floated on the river into place. The spans were complete with pavement, light-poles and safety walls. The new bridge is three times wider than the original and has four lanes that can handle up to 50,000 cars a day.