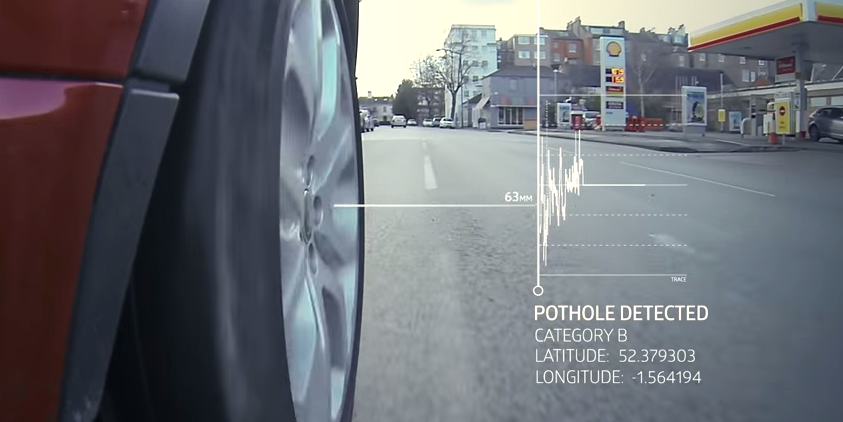 Land Rover is apparently tired of drivers hitting potholes because the company is developing a new pothole technology that utilizes a series of sensors in order to relay pothole information to the proper authorities.

The main idea encompasses the technology locating a pothole once a car rolls over it, then relaying the location to local road authorities and even to other vehicles.

By gathering this data, potholes can be repaired in a more timely manner, reducing vehicle damage over time.

At the moment, the pothole technology is still being tested on research vehicles but Land Rover isn’t too worried about implementation once the tech is ready to be rolled out to the public.

Land Rover is already adding a forward-facing camera to its vehicles, which will allow cars to scan the road for potholes and represents a major step towards a fully automated vehicle.

“In the future, we are looking to develop systems that could automatically guide a car around potholes without the car leaving its lane and causing a danger to other drivers,” Mike Bell, Jaguar Land Rover’s connected car director, says in a statement. “If the pothole hazard was significant enough, safety systems could slow or even stop the car to minimize the impact.”