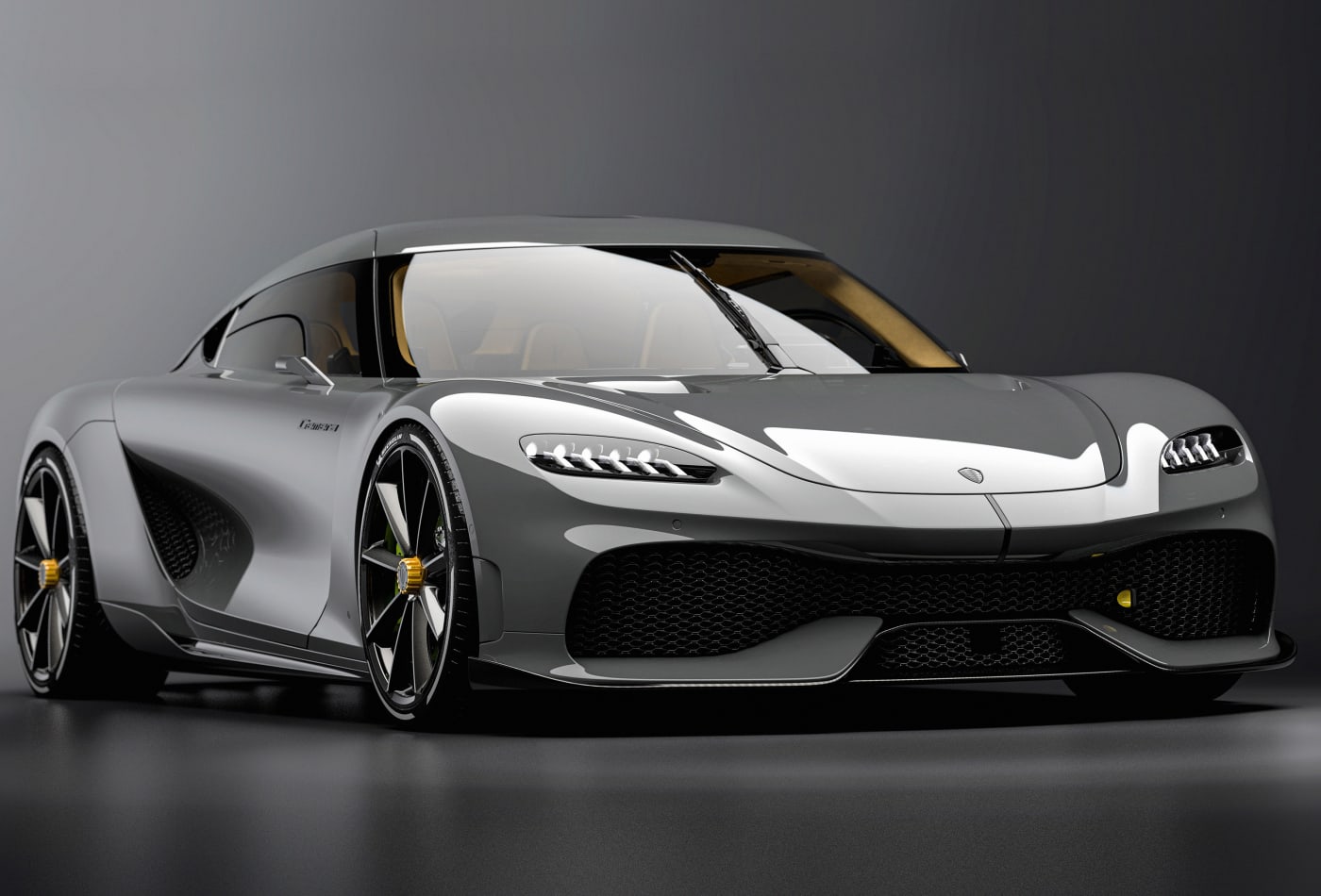 Today, probably the mightiest hypercar manufacturer is Koenigsegg. The Swedish manufacturer is known for outstanding engineering on every single part of their cars. And unlike most of its competitors, Koenigsegg designs and produces all components in-house.

The latest engineering marvel from the company, called the Gemera, is a four-seater. Until now, Koenigsegg only produced mega-fast coupes with two seats and crazy-powerful powerplants. Now, they decided to give more practicality to their buyers, but without losing on those crazy numbers.

The hybrid powerplant in the Gemera is a real technological tour-de-force. A 2.0-liter turbocharged three-cylinder engine that works on petrol, ethanol and methanol is positioned between the rear seats and the rear axle. The motor produces 600 horsepower and 443 lb-ft. That’s more than any engine of its size in the world. The unit is also tiny and light, which should aid in performance.

The 1700 horsepower number is achieved with the help of electricity, of course. The Gemera has three high-output electric motors on-board. Two engines are mated to the rear wheels for better control in the corners, while the third one is connected directly to the camshaft. According to the company, this motor will eliminate the turbo-lag, giving the driver instantaneous response.

Using only the 800V 15-kWh battery, the Gemera can reach 186mph and cover around 31 miles. However, even when the petrol/ethanol engine comes into life, Koenigsegg promises that the Gemera will be as CO2-neutral as a pure electric car, especially when methanol is used.

The performance numbers of the Gemera are staggering, to say the least. The 0-62mph sprint will take only 1.9 seconds, while the top speed is over 250mph. All this performance can be enjoyed comfortably by four people – the interior has a lot of space for passengers and cargo. Koenigsegg also says that thanks to the 3000mm wheelbase, the Gemera will be incredibly comfortable on the road.

I know you certainly want one after reading all the facts. However, like most vehicles from Koenigsegg, the Gemera will cost easily over $1 million. Also, only 300 examples will be made, most of them probably going to existing customers.