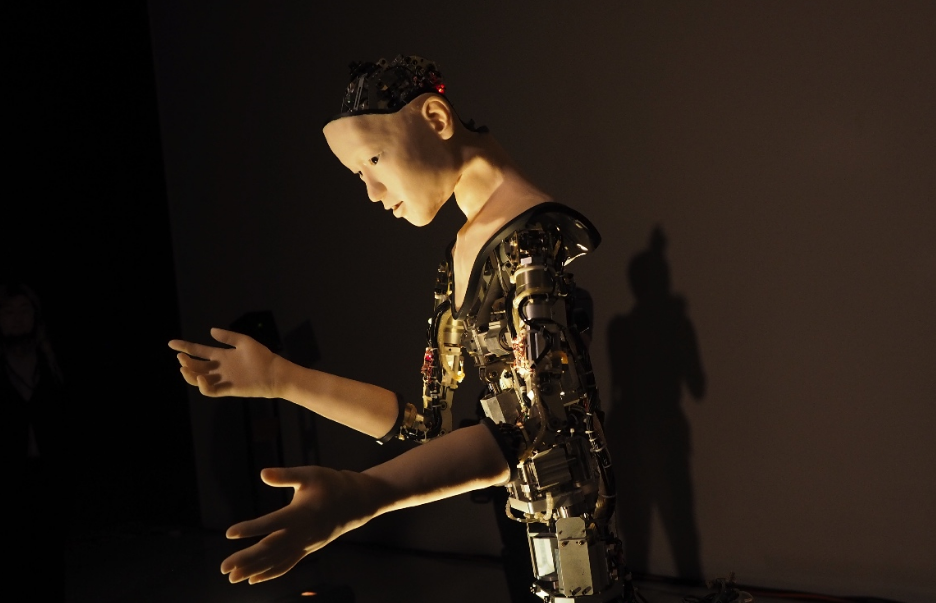 Takashi Ikegami of the University of Tokyo and Hiroshi Ishiguro of Osaka University, with the help of others, have developed a new type of robot.

The Alter robot, recently unveiled at Japan’s National Science Museum, is powered by 42 pneumatic actuators and its own neural network and is programmed to interact with or respond to its environment.

Alter was designed with the main goal in mind being to create a robot capable of guiding its own actions. At the moment, the Alter robot can identify movement, temperature, and humidity, and vocalize things or move accordingly.

Essentially, the Alter robot doesn’t follow a set pattern of behavior, rather, relying on its neural network to spontaneously react to external stimuli.

Robots are getting closer to becoming more human-like, and it’s scary!