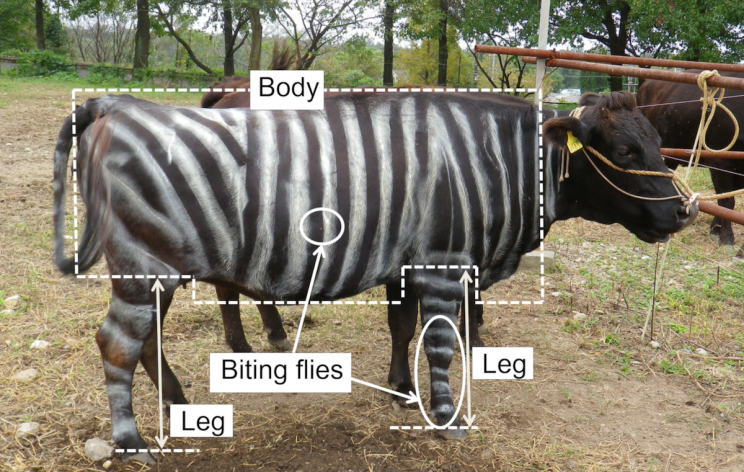 Now, a group of agricultural researchers painted a group of Japanese Black cows with white zebra stripes to deter biting flies. As per researchers, confusing the flies by giving cows zebra-like stripes could be an ecologically friendly way to fight off the blood-sucking insects.

The researchers observed the striped cows along with cows without the stripes, for three days. High-resolution photos of the cattle were taken at different times which were later examined to count the number of flies that were landing on the animals. They also noted that how often the cows stamped their legs or moved their tails due to the flies bothering them.

According to the study’s findings, the number of biting flies landing on the striped cows was remarkably less than half the number seen on cows that were not painted. Reduced landing of biting flies also led to reduction in defensive behaviors in cows.