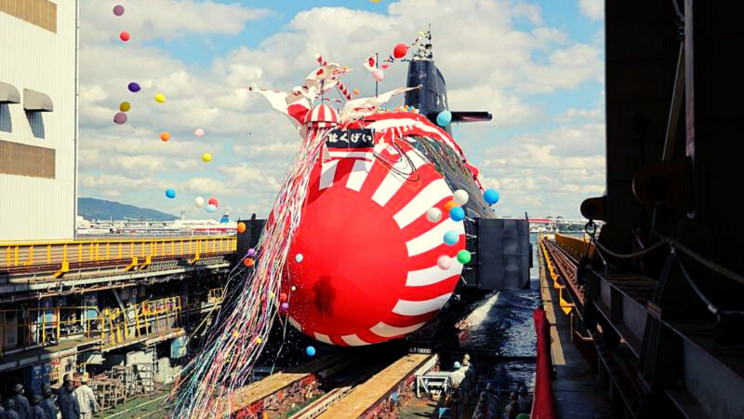 Japan’s Kawasaki Heavy Industries (KHI) has just launched the second of the new class of diesel-electric submarines. It is launched exactly one year to the day after the lead boat of the lithium-ion powered series took to the water.

Launched at Kawasaki Heavy Industries shipyard in the city of Kobe, this submarine is named Hakugei, or White Whale.

Before commissioning into the Japan Maritime Self-Defense Force (JMSDF), it will have to undergo final construction and sea trials.

Following are some of the features of the second Taigei-class submarine, the Hakugei: