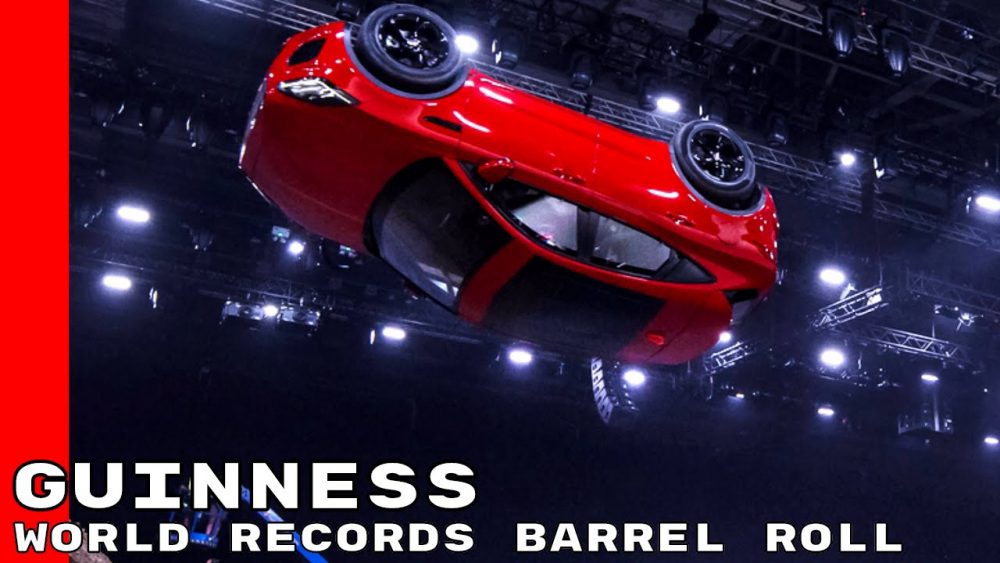 What an amazing way to launch a compact Luxury SUV!

During its world premiere, the Jaguar E-PACE leapt into the record books with a 15.3-meter-long, 270-degree ‘barrel roll.’ The famous barrel roll in the James Bond film, The Man With the Golden Gun inspired this stunt.

The Bond-style longest barrel roll was performed by stunt technician Terry Grant at the ExCeL Centre in London in a production vehicle. Terry already holds an impressive 21 Guinness World Record titles to his name. Jaguar is the luxury vehicle brand of British car manufacturer Jaguar Land Rover, owned by the Indian company Tata Motors. With E-Pace, Jaguar wants to widen its SUV offerings while taking on the rival Audi Q3

The E-Pace will be the first Jaguar to be built outside of the UK by contract manufacturer Magna Steyr in Graz, Austria.

Jaguar E-Pace is expected to arrive in global markets in 2018.