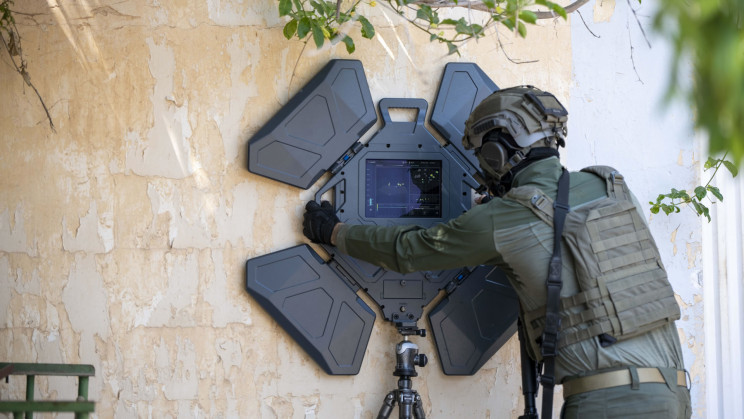 There is good news for the forces engaged in counter-terrorism operations.

An Israel-based company Camero-Tech has launched a portable radar device that can ‘see’ through the walls. The system will be unveiled for the first time at the Eurosatory 2022, the international land and air Defence and Security exhibition in Paris.

Labeled Xaver 1000, this next-generation portable, high-performance imaging device has capabilities that have never existed before.

It can detect the live objects behind walls or obstacles

This device would help forces to pinpoint the location of trapped victims and terrorists hiding inside homes in congested areas. As a result, they could also avoid civilian casualties.

Equipped with an AI-based live target tracking system and 3D ‘Sense-Through-The-Wall’ technology, Xaver 1000 can see humans or static objects: down to the level of individual body parts. No matter whether the targets are sitting, standing, lying down, or have been stationary for a long time.

It has a 10.1-inch (25.7cm) touchscreen display with a straightforward user interface…ready to use at the touch of a button. It can even record the mission that can be played back later.

Amir Beeri, CEO, and founder of Camero said, “The XaverTM 1000 determines the most suitable approach to ensure successful life-saving missions in a variety of operational scenarios, such as hostage rescue situations,”