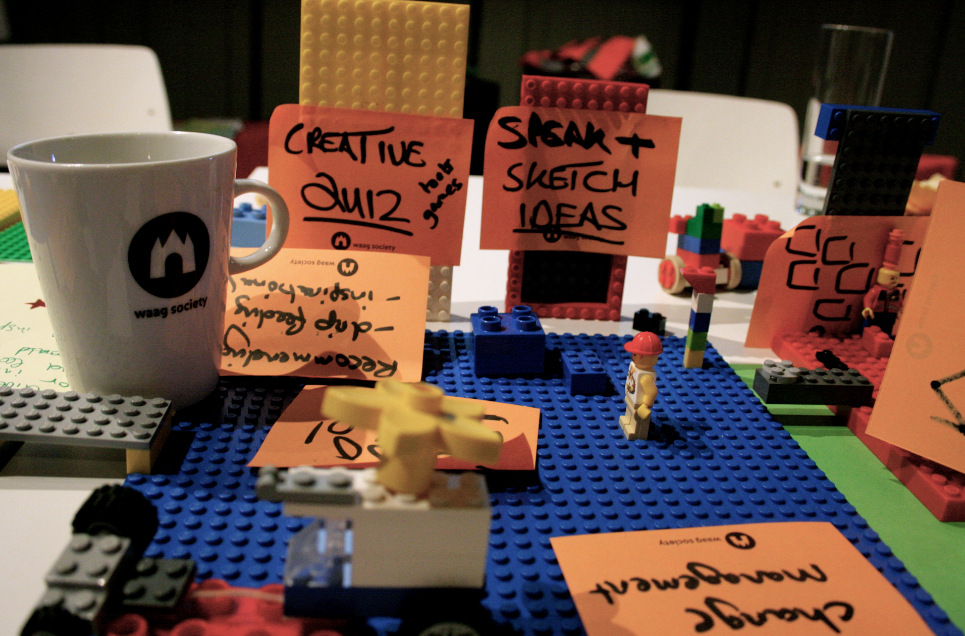 Video games are so appealing, in part, because they tap directly into the reward centers of our brains. With every goal you achieve or level that you complete in a game, you’re given an immediate reward for your efforts. It’s easy to track your progress as you work toward clearly defined targets and objectives. In the “real world,” as we all know, success is far less easy to define.

Nearly half of all Americans play video games at least semi-regularly, which includes a staggering 97 percent of teens. It’s clear that games are a powerful, attractive force, and in recent years this appeal has been leveraged to alter and direct human behavior in ways never before imagined. Behavioral modification is far from a new concept, but the development of cheaper, more powerful sensors and new hardware and software equipment has provided a tremendously powerful new set of tools to apply the addictive allure of video games to real-life applications.

The Game of Life

This is where it becomes important to better understand the concept of gamification and its larger implications. If something is gamified it essentially means that the experience is structured using similar techniques game mechanics use to make a game fun and rewarding.

The now-ubiquitous presence of mobile devices in our everyday lives serves to inure us to a multitude of uncomfortable realities such as waiting in line at the bank, standing in a crowded subway car or simply sitting alone in thought. Our brains crave direction, order, and stability. Smartphone applications and similar software programs add a game-like overlay to the real world, providing the specific goals, progress-tracking, and immediate rewards that are well-recognized as critical tools for fostering engagement and improved performance. Gaming Your Way to Success

At face-value, video games seem best suited for recreational purposes. But by binding work to play, the pleasure of gaming overrides many inherently distasteful aspects of the task at hand. Core concepts of successful game design – meaningful challenge, immersion, and flow – lead to a state of absorption in which the player feels as if they are a part of the game world and within the game environment. The simplicity of computer interactions alleviates a certain sense of uncertainty, enough for individuals to prefer engaging with algorithms over the unpredictable and messy world “outside.”

All the World’s a Game

Applications for “gamification” reach far and wide. With the country in the midst of a health crisis – a stunning 38 percent of Americans are obese and another third are classified as overweight – the ability to incentivize healthy activities such as exercise and responsible eating through gamification psychology.

Playing video games at work may not sound like a recipe for increasing productivity, but gamification concepts are also infiltrating their way into workplaces across the country and around the world. By using task management software which dispenses frequent small rewards and encourages interactive, cooperative “play” amongst co-workers, employers can incentivize teamwork and foster an atmosphere that is more enjoyable (and thereby more productive) for their employees. In fact, nearly 70 percent of Forbes Global 2000 companies now use some form of gamification to amplify the efficacy of their workforce.

The Quest for a Better World

A game quest, in the form of vast, overarching main quests or quick, diversionary side questions, provides a guiding framework incorporating explicit goals and clear feedback on your progress. When it comes to driving “greener” and more eco-aware behavior, home automation platforms display real-time information about consumption which “reliably leads to reduced energy use,” according to Jiaying Zhao, a psychologist at the University of British Columbia who studies conservation behavior. A simple shift in perception can transform what may otherwise appear to be boring, demotivating tasks into exciting new adventures to be experienced rather than merely tolerated.

Forward trends indicate that the concept of gamification is here to stay. The implications of a “gamified” world are tremendous, if not yet entirely clear. There are, of course, potential pitfalls to gamification, as the act of modifying and programming human behavior raises the specter of potentially sinister uses, but the approach may also be a key to addressing some of the modern world’s most pressing concerns. We now have the tools to shape not only basic human behavior but the entire way we view and interact with the world around us. The only question now is how we choose to use them.