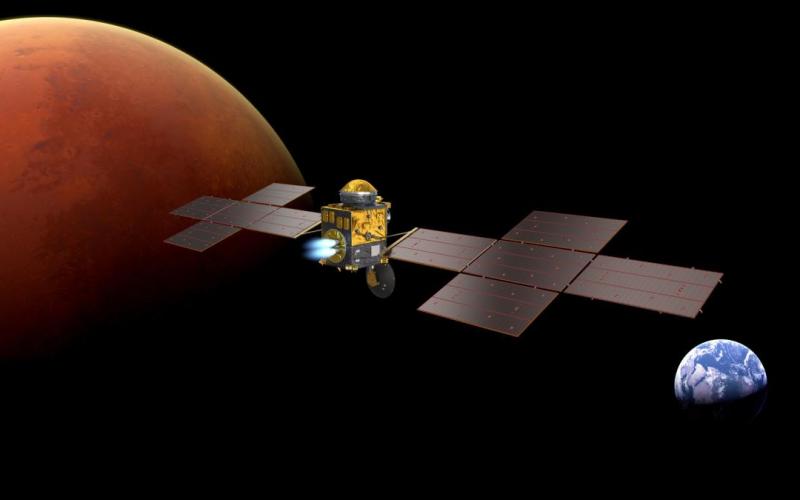 NASA‘s Perseverance rover launched on 30th July has a mission to bring back first-ever rock samples from Mars. Their goal is to search for signs of ancient life on the distant planet.

NASA and the European space agency (ESA) have plans to collect samples from Mars’s Jezero Crater and return them to Earth.

Getting to Mars is not a joke, but getting something back from Mars is much more challenging.

Rover is expected to land on the Martian surface in February 2021. On landing, it is supposed to collect rock and soil samples that could contain biosignatures of ancient microorganisms. Then it will store its samples in protective tubes. These samples will be left behind for a smaller ESA built “fetch rover” to pick up on a future mission.

The satellite dubbed Earth Return Orbiter (ERO) will then intercept the container. If all goes well, in 2031, the ERO will return to Earth.

David Parker, the director of human and robotic exploration at the European Space Agency (ESA), said, “This is not just twice as difficult as any typical Mars mission; it’s twice squared — when you think about the complexity involved,”

“And this satellite that Airbus will build — I like to call it ‘the first interplanetary cargo ship’, because that’s what it will be doing,” he added. “It’s designed to carry cargo between Mars and Earth.”