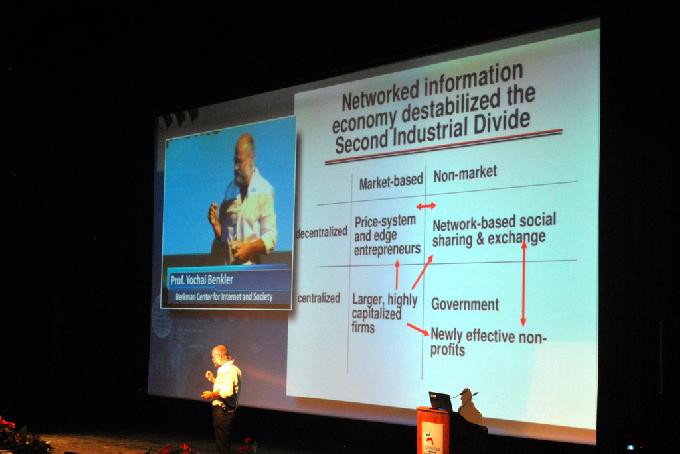 Decentralization is the “design of a network that isn’t managed by a central party or authority. Instead, peer to peer interaction drives the network, as no “trusted intermediary” is necessary! What this means is organizations like governments who cause the destruction of monetary value by constantly printing money and Facebook which sells personal data to the highest bidder can be cut out of peer to peer transactions. Decentralized networks, in the end analysis, will allow individuals to sidestep these “bad actors” whose behavior has become inimical to individual rights, privacy and the pursuit of economic security and independence. In this new world, individuals will gain sovereignty over their data and can choose to sell it via the blockchain if they choose.

Over and above problems of privacy and security is the imperative that the 21st-century global economy and all its operations and communications occur at the speed of light. Gold, paper money, and multi-day bank transfers are as outdated today as horse-drawn carriages were on October 1, 1908, when Henry Ford’s first internal combustion engine powered Model T rolled off the assembly line. Quick adoption of automobiles was powered by the concurrent blossoming of hundreds of new manufacturing companies including Benz, General Motors, Studebaker, Fisher, and others.

Blockchain (recording data in blocks + cryptography) and cryptocurrencies (decentralized money) have been misconstrued by their newness and complexity. Many lack an appreciation of the speed at which computers, devices, robots, machines, and people must work in coming decades. With tens of billions of sensors creating real-time information and supercomputers (machine learning, artificial intelligence) creating zettabytes & yottabytes of information, data security and privacy become critical and essential.

At the same time, nothing less than real-time business and data operation at a massive scale will cut it in a world of connected computers, smart devices, artificial intelligence, and big data. Old centralized institutions and data management are woefully inadequate in this new environment. One example: the world’s power grids ie: all of Europe’s electric grid or all of the US power grid can be taken down by hackers in minutes.

Imagination is the Only Weapon in the War Against Outmoded Reality

We are entering a world that feels a bit like Lewis Carrol’s Alice in Wonderland. Alice said, “Imagination is the only weapon in the war against reality.” And imagination is what’s needed to move the world’s people and institutions into the 21st-century. A new economic, political and social infrastructure is critical if humans hope to live past the 21st century. For centuries the foundation of society has rested on religious, cultural, ethnic and social traditions. The new foundation will be based on mathematics in the form of blockchain based institutions with a radical change in the power intermediaries hold in society.

Centralized organizations and computers are too easily hacked and sabotaged. A new level of security and dependability, delivered by blockchain is the only way forward. Old institutional structures that have existed and provided a stable social order for decades will soon give way to a new variety: decentralized institutions.