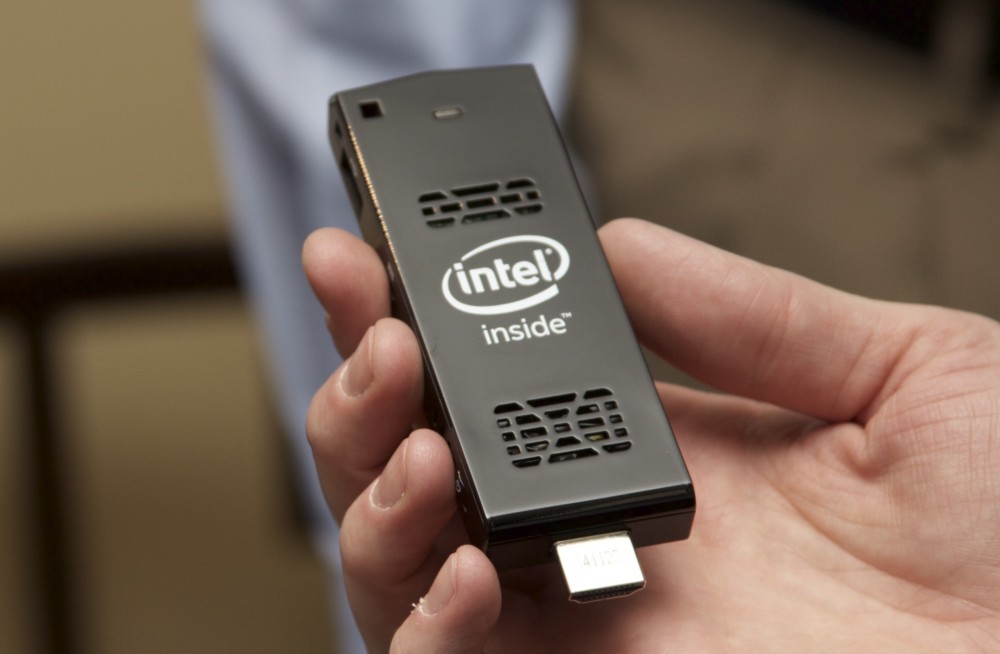 One would expect with today’s fast pace of innovation that clunky, heavy desktop computers and laptops will eventually be replaced by featherweight handheld devices; in this case we’re not talking about smartphones.

At the 2015 Consumer Electronics Show earlier this year, Intel unveiled its MeeGoPad T01 aka “computer stick” or “PC Stick” that provides a full Windows or Linux operating system on a stick for just $99. The user needs just a monitor or TV screen with an HDMI port in order to run the operating system.

The new device is similar to streaming service devices like Google’s Chromecast or Amazon’s Fire TV Stick but is a full-fledged personal computer. Intel’s stick runs an Intel Atom Baytrail processor, and the device contains a USB port, Wi-Fi, Bluetooth and a micro SD expansion slot. The PC on a stick can be used for both business and personal applications such as stand-alone PCs, digital signs, kiosks and media servers.

The new PC on a Stick is designed for low energy usage, just two amps, but has limitations as a gaming or video intensive PC. Productivity work such as emailing, surfing, social networking, and home theaters should be fine. The basic version comes with 32 GB of storage and connects to a keyboard via USB.