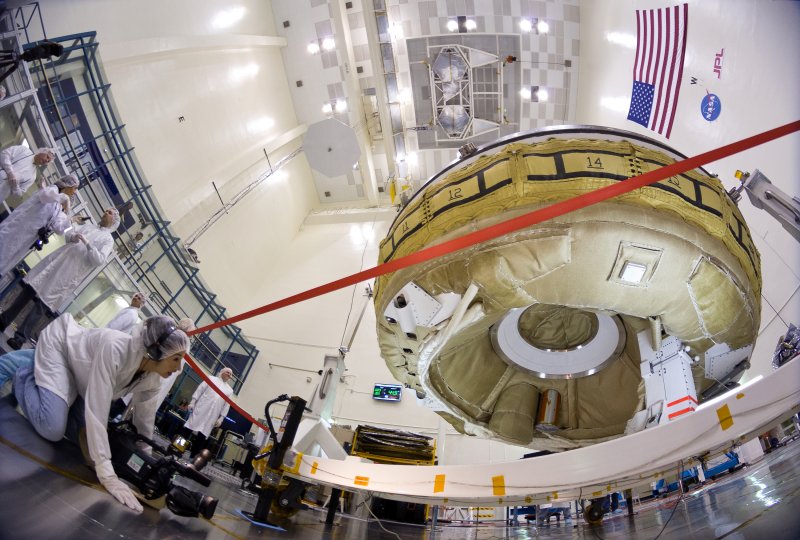 NASA’s Jet Propulsion Laboratory is currently testing a disk-shaped vehicle for the Low Density Supersonic Decelerator (LDSD) project, where the goal is to develop technologies capable of slowing down aircraft or launch vehicles moving at supersonic speeds in order to land them safely on Mars.

If it sounds difficult… That’s because it is!

NASA’s disk-shaped vehicle is essentially a large flying saucer which would be lifted to approximately 120,000 feet by a balloon before rocket engines propel the saucer higher at extreme speeds. Upon attempting to land on Mars, the saucer’s decelerator and parachute help in slowing the vehicle to subsonic speeds. Incredibly, NASA’s new disk-shaped vehicles can carry upwards of 2 to 3 metric tons of weight and could be called on for Mars missions as early as 2018!