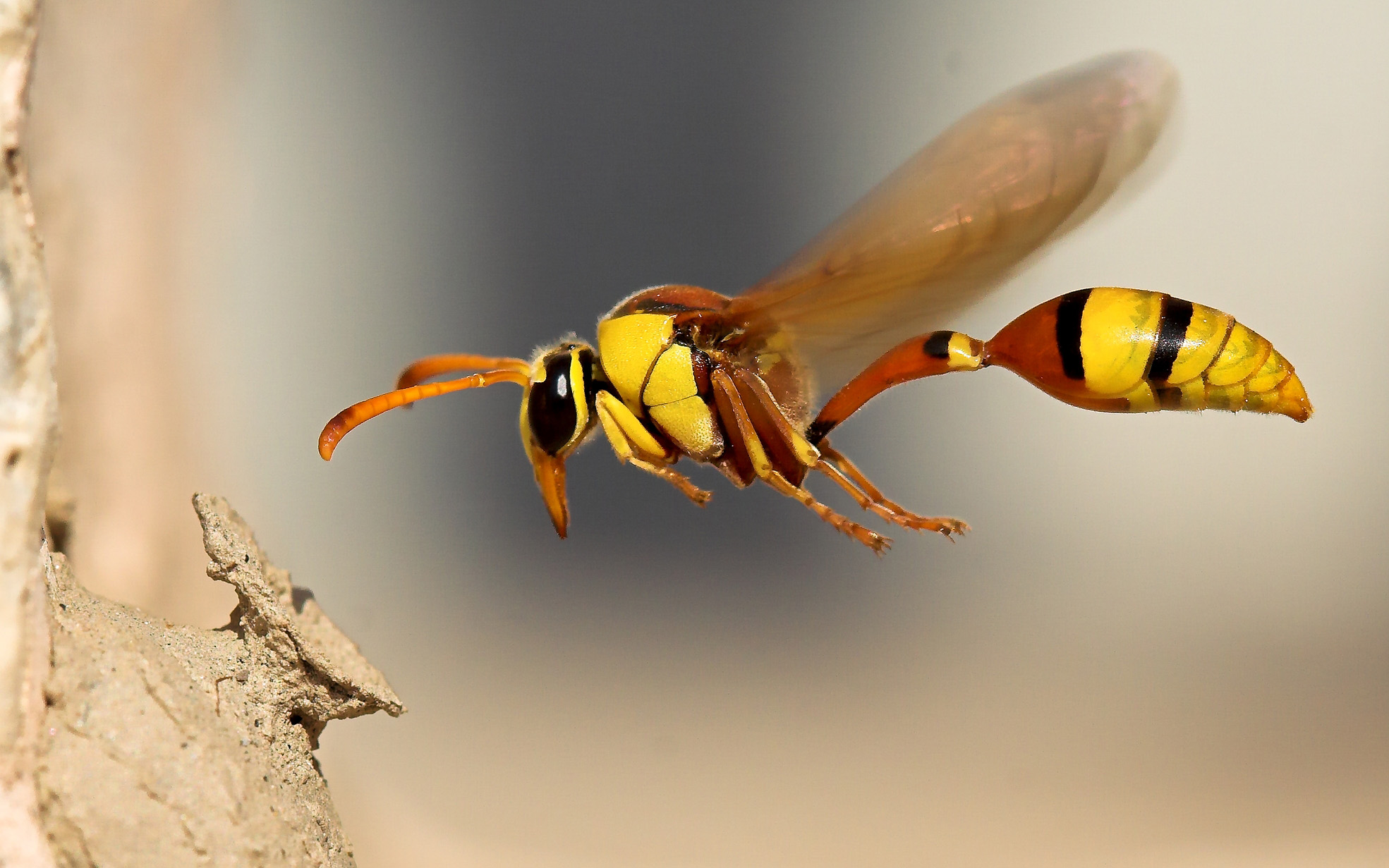 According to new research by the University of Washington, insect wings have the ability to serve as gyroscopes. In the past, the understanding that gyroscopes seldom existed in the natural environment prevailed in the scientific community. But according to the groundbreaking research by the team of scientists, insect wings can behave as gyroscopes, and help the insects to maintain stability and direction during flight and also during the performance of aerobatic functions.

Although gyroscopic functions exist in many man-made technologies such as unmanned aerial vehicles and cell phone screen stabilizers, they are rarely found in nature. Many animals can move with accuracy and precision, without gyroscopic functions. Groups of insects, like flies, have naturally imbedded sensors in their anatomy called halteres, which protrude from the wings and resemble a club. Halteres assist the insect in getting information about their rotary functions during flight, which allows them to perform complex acrobatic maneuvers. Scientists have wondered for a long time if other insects have the same flight regulatory dynamics.

The University of Washington research theorizes that the wings of insects can also serve as gyroscopes. This new discovery can illuminate new areas of study and help scientists understand the basic dynamics of insect flight that can provide insights in the fields of flight engineering and sensor design.

The research is supported by the Air Force Office of Scientific Research and was published in the Journal of the Royal Society Interface. This study will serve as a proposal for the Air Force Center of Excellence on Nature-Inspired Flight Technologies and ideas that will help the Air Force develop small unmanned aircraft that can perform better during flight.

Brad Dickerson, a graduate student and a co-author of the study, said in a statement, “I was surprised at the results. This idea of wings being gyroscopes has existed for a long time, but this paper is the first to really address how that would be possible.” Another graduate student and co-author of the study, Annika Eberle, conducted a detailed experiment to find out if insects bend the structure of their wings during flight. This would later help in understanding how insects are able to move with such speed and precision.

For determination of this scientific fact, the team of scientists developed a computational model for the wings to observe and evaluate the facts about the flapping, flexing, and rotation of the wing plates of the insect. This robotic model was constructed by mounting a plastic sheet on top of a motor to mimic the effect of flapping wings. The scientists discovered that the model wing twisted during flapping and rotated at the base.

The stimulated sensors in the wings are the next phase of the study to determine if the same technology can be applied to air vehicles and turbines. But the team of researchers is also planning to find the relationship between the insects’ sensing abilities and their wing flexibility. Annika Eberle said in a statement, “We don’t understand yet what those principles might be. These are 10-year visions.”