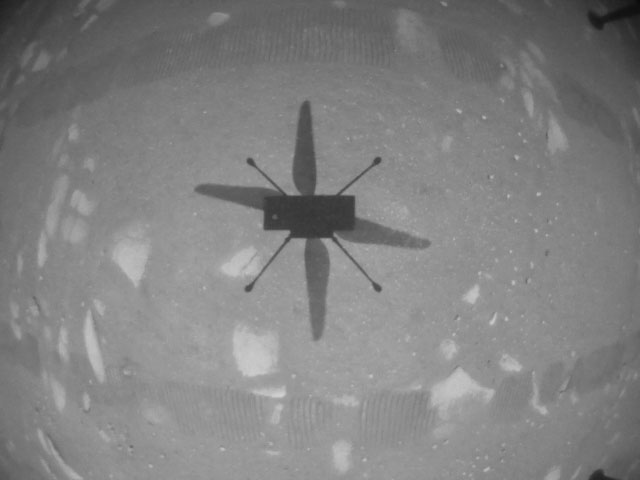 The “little” helicopter called Ingenuity, which was patiently waiting under the belly of the Perseverance rover on Mars during the past years, has just given humanity a reason to smile as it has completed its first test flight on the Red Planet successfully. This also marks the first time that “human ingenuity” has achieved extraterrestrial flight, reaching 3 m (9.8 ft) and lasting for 39.1 seconds.

There are four more test flights that are already scheduled by NASA, between April 23 and May 2, 2021, each being three days apart, but there’s not much else to prove in terms of feasibility. Drone flight on Mars was proven possible, small rotorcrafts like Ingenuity can indeed survive the cold nights on the distant planet, and autonomous flight control and landing is a realistic expectation. The ultimate mission if the helicopter doesn’t crash prior to it will be a 90-seconds flight going as far as 50 m and then return to the starting point.

But what exactly we’re celebrating here remains elusive to many, so please allow us to enlighten you. Mars is a hostile environment for humans, so being able to deploy a large number of drones that can survey vast parts of the planet is key in colonizing it one day. In the future, we could potentially manufacture bigger and more capable crafts that can carry useful cargo/load, doing actual work besides just hovering above plains and capturing images.

And as for whether we could perform these tests on Earth, or even simulate them on computers and avoid all the extra cost and effort, we should point out that the real thing isn’t as simple as setting the gravity force to about a third of ours. The atmosphere of Mars is very thin, its pressure is about 1% that of Earth’s, and the temperatures are very low. Also, Mars hosts dust storms so intense that we can observe them with telescopes from here, so testing on the actual environment is unavoidable.