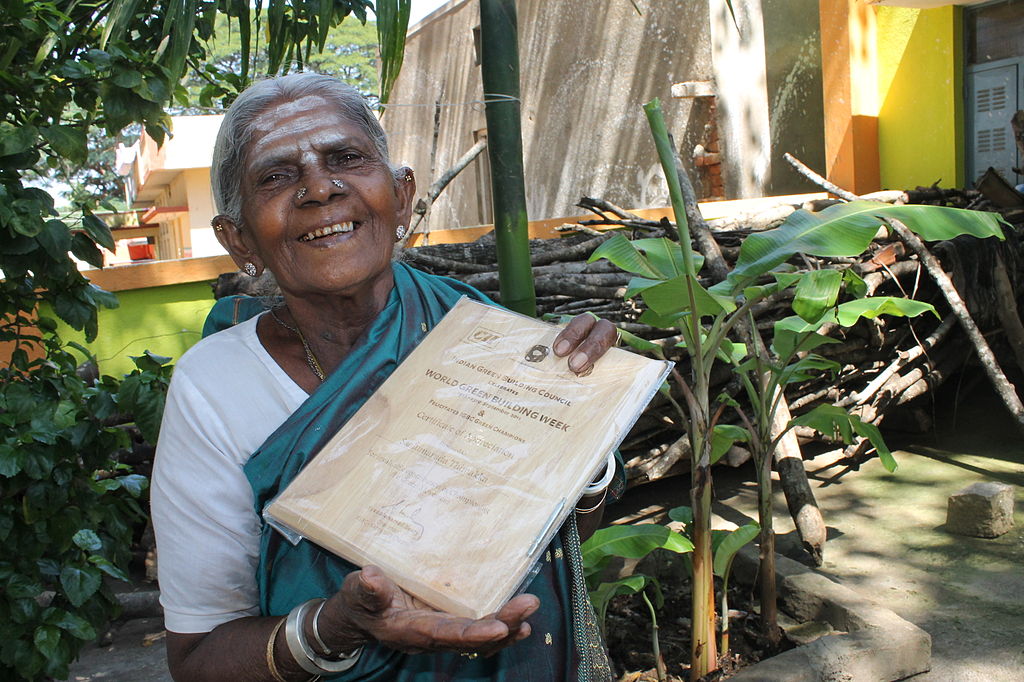 Meet 105-year-old Saalumarada Thimmakka, an Indian environmentalist from the state of Karnataka, who has planted more than 300 trees on her village’s road.

She and her husband Sri Bikkala Chikkayya couldn’t have children even after 25 years of marriage, so they began to plant trees and raise them instead. Now the trees stretch about four kilometers (two and a half miles) on both sides of the road.

Thimmakka said, “It was my fate to not have any children. Because of that, we planned to plant trees and raise them and get blessings. We have treated the trees as our children.”

After doing back-breaking work from dawn to dusk, this illiterate couple used to turn their attention to trees. The couple started grafting saplings from the Banyan trees which are easily available there. As the local climate is arid, dusty, and with very little rainfall, the couple had to carry four pails of water for a distance of four kilometers to water the saplings. Not only this, they used to fence the plant with thorny shrubs to protect them from grazing cattle.

Saalumarada received numerous awards, and the Saalumarada Thimmakka International Foundation was formed to work to conserve the environment. Not only that, but this foundation also donates money for education, medicine and blood banks, and builds rest houses for the poor.