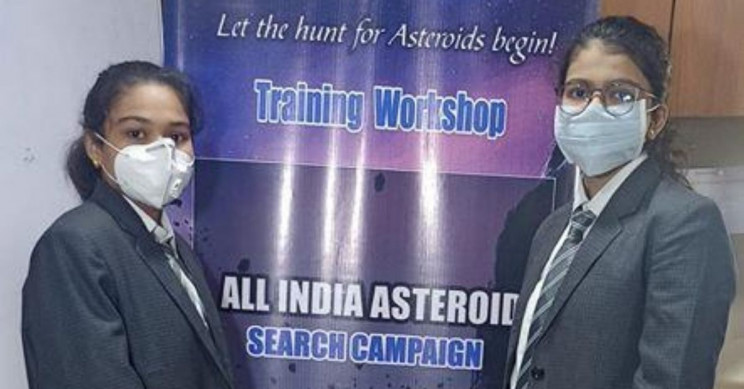 These two brilliant girls were working on a project sponsored by Space India and NASA. The project aimed at analyzing asteroids.

‘HLV2514’ is currently near Mars and is gradually shifting its orbit and changing course onto a trajectory that will bring it close to Earth.

In the project, students were trained to use software that analyzes images collected by NASA’s PAN Star telescope. They were also taught to search for moving objects within the images. The project began in June 2020.

Vekariya said, “We started the project in June and we sent back our analysis a few weeks ago to NASA. On July 23, they sent us an email confirming that we had identified a near Earth object,”

Currently, HLV2514 is circling Mars and does not pose any threat to Earth. However, in over a million years it is expected to move closer to Earth. Even when it will come close to Earth, the estimated distance between the asteroid and Earth will still be more than 10 times the distance between Earth and the Moon.