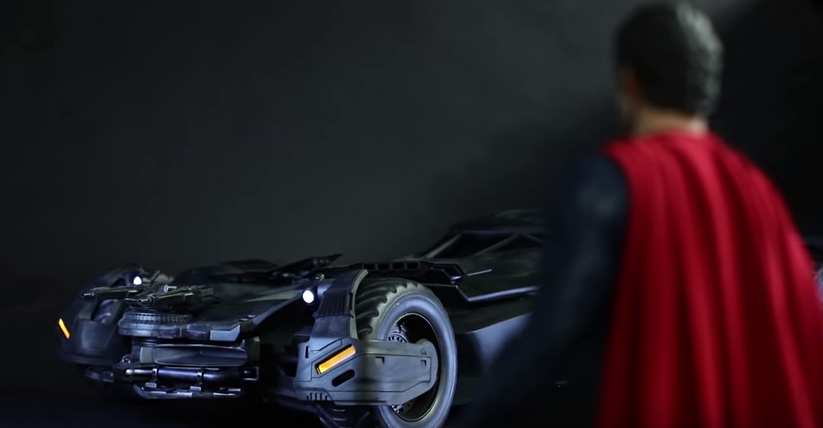 We’ve seen a few images of the new Batmobile that will be in the highly anticipated Batman vs. Superman: Dawn of Justice film that’s about to come out.

Now, we may have an even better idea of what to expect thanks to a sixth-scale replica Batmobile made by Hot Toys.

The teaser video below already has fans drooling because the replica Batmobile collectible comes equipped with working lights, moving parts, and an extremely detailed cockpit.

Look for it to be officially revealed at the upcoming 2015 Toy Soul show in Hong Kong.