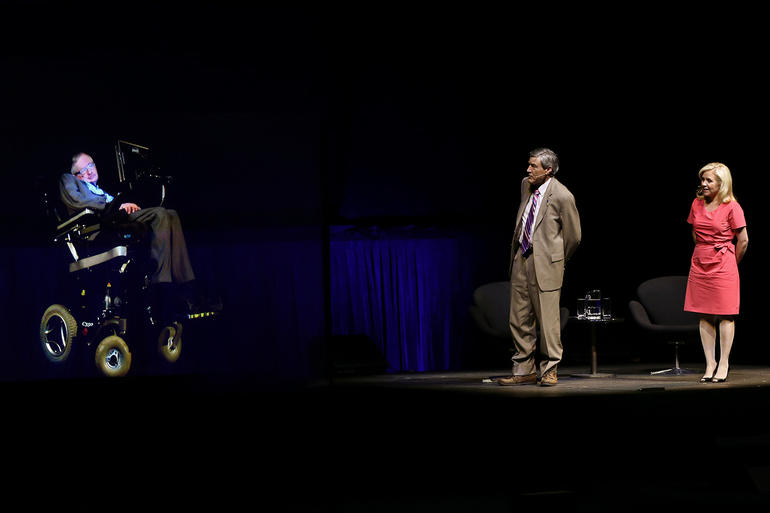 The image above shows a hologram of Stephen Hawking participating in a conference at the Sydney Opera House in Australia using Cisco’s TelePresence system. According to Hawking it was his first experience appearing as a hologram from his office in Cambridge, England.

Telepresence (TP) technology, known as video conferencing in an earlier incarnation, is a mainstream technology that has continually improved since it was first conceived of by MIT’s Marvin Minsky in 1980. Minsky sought to develop a technology that would give remote participants a feeling of actually being present elsewhere. Telepresence has been a feature in many blockbuster movies including Iron Man 3, Avatar, The Matrix and Star Wars. And Barack Obama uses a TP robot to greet some visitors to the White House. For these applications to work telepresence must deliver an immersive experience that makes both the “visitor” and those present at an event feel as if they are in the same space.

To this and the  International Multimedia Telecommunications Consortium (IMTC) has developed a telepresence interoperability protocol that developers can use to write software for telepresence hardware.