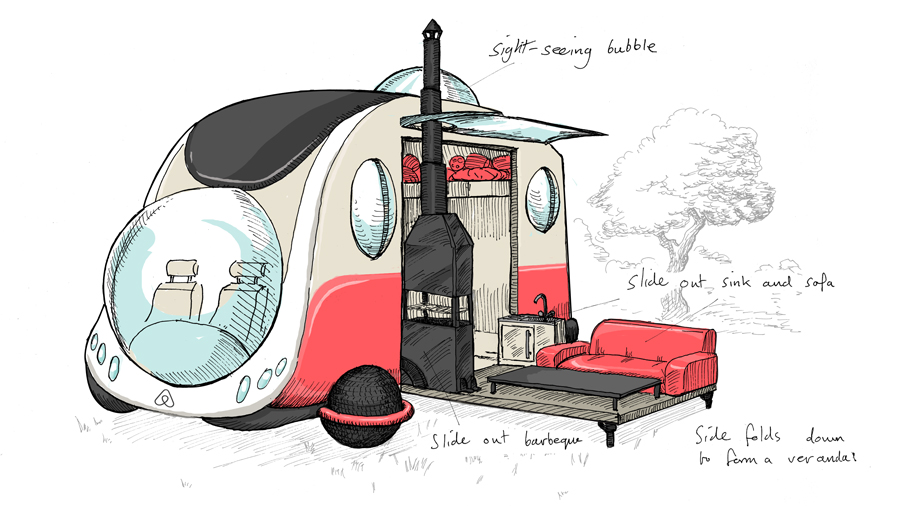 The electric car revolution is well and truly under way, and new models with increasingly sophisticated integrated technologies are frequently being launched. It’s not just traditional car manufacturers that are entering the electric vehicle market, with Dyson and (if rumors are to be believed) Apple set to bring their own designs into production within the next few years. With governments around the world enacting legislation to phase out production of gasoline and diesel cars, there’s no doubt that the EV market will grow exponentially in the next decade and it’s inevitable that disruptive brands will try to carve their own slice of the market.

The U.K.’s largest digital automotive platform, Auto Trader, playfully imagines what cars designed by some of the biggest lifestyle and tech brands might look like, exploring the futuristic features they would have and how they’d tackle the challenges faced by current EVs, namely range and battery limitations and lengthy charging times. Auto Trader taps into the unique selling points of brands such as Airbnb, Amazon, GoPro, IKEA, Instagram, Sony, and Spotify to discover how they’d express their distinct brand identity in a car. IKEA’s car, for example, is imagined in flat-pack format, with the brand’s commitment to sustainability expressed with solar rooftop panels. The GoPro EV is designed for drivers that want to go off the beaten track, with underwater capabilities and built-in cameras for documenting adventures. Sony, on the other hand, would be the perfect option for the tech-savvy enthusiast with a penchant for the most innovative virtual reality technologies. Amazon’s car plays on the tech and retail giant’s emphasis on efficiency and speed, with a battery that charges in 10 minutes, as well as a detachable drone that will deliver parcels directly to the trunk. Airbnb’s EV would be built for road trips, with battery capability of up to 310 miles per charge and a deluxe living space in the back. Erin Baker, editorial director for Auto Trader, says: “With global sales of EVs on the rise, the car industry is undergoing a true transformation. We predict that forward-thinking brands, previously not associated with car manufacturing, will get in on the action by launching their own futuristic electric models that might just resemble these designs.” Virtual wonderland for engineers: the igus factory travels round the world