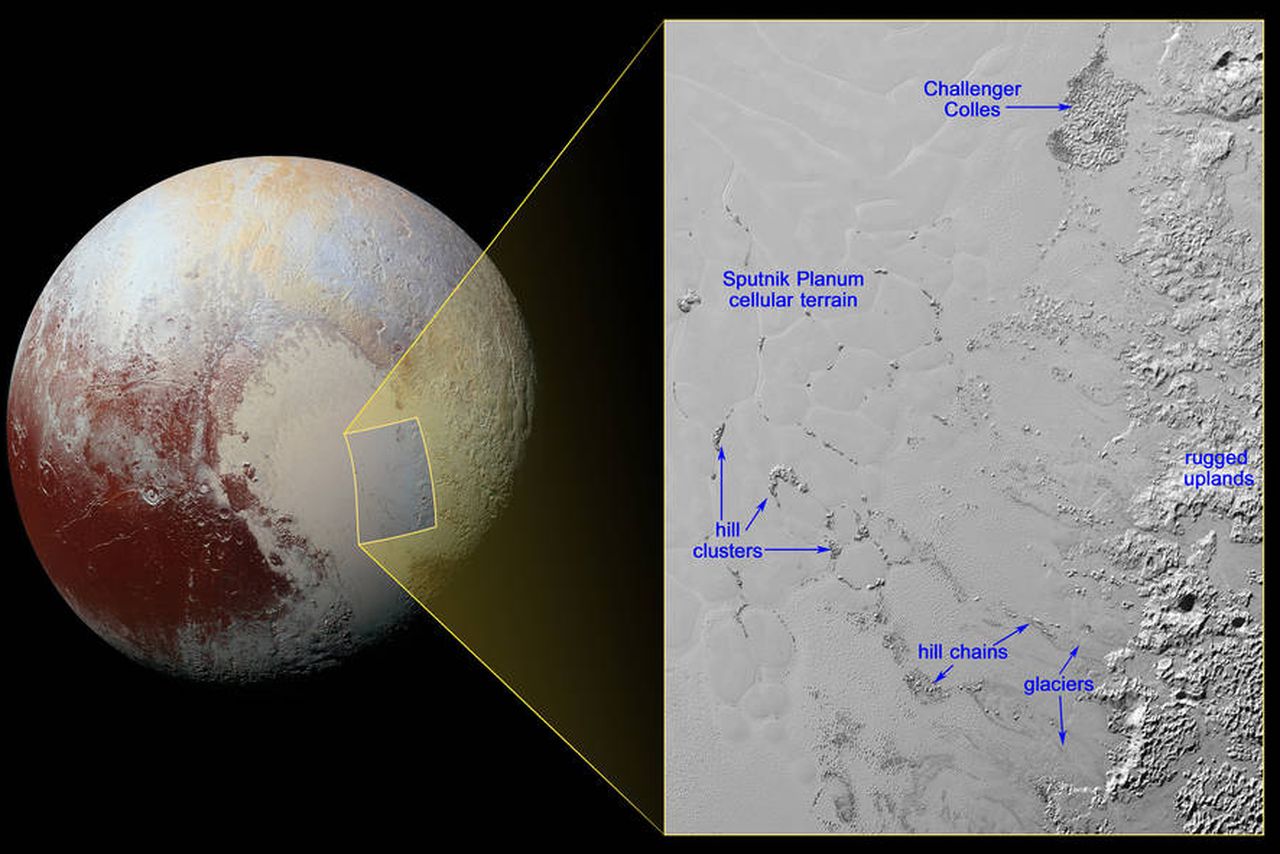 After going through recent images returned by the New Horizons spacecraft, NASA has determined that there on icebergs on Pluto.

And not just any icebergs, the icebergs on Pluto are apparently massive, spanning several miles across an icy plains region named Sputnik Planum.

The consensus among New Horizons scientists at the moment is that these icebergs have broken free from nearby mountains, where they collide with drifting glaciers.

Eventually, convection forces push the icebergs back out toward the shoreline, where they combine to form clusters sometimes as far as 12 miles across.

There’s no telling what the New Horizons team is going to discover next as we can now add icebergs on Pluto to the list of other recent discoveries including a badlands area, mountain ranges, oddly dotted areas with huge craters, and possible volcanoes.