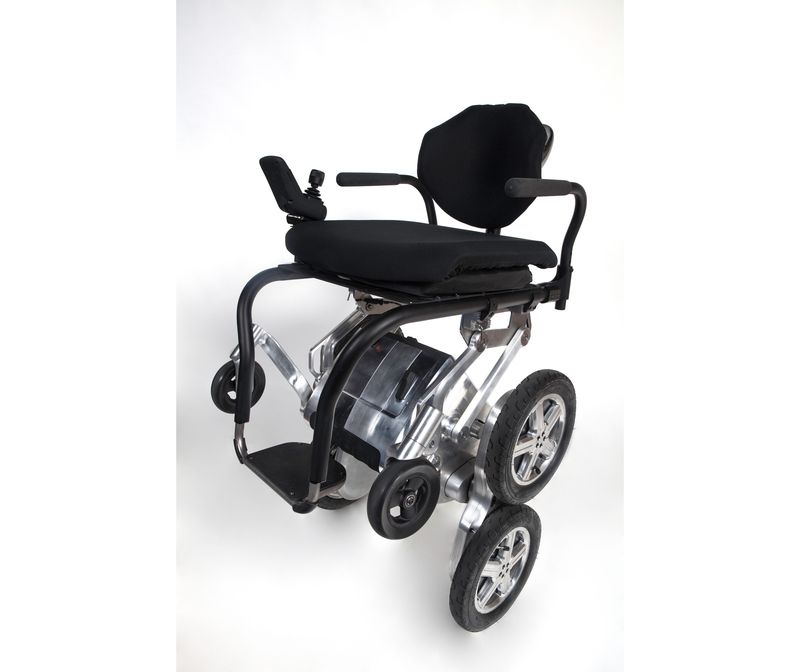 You may remember the iBot motorized wheelchair from a few years ago, originally developed by Segway inventor Dean Kamen.

At the time in 2001, the iBot cost $25,000 and was capable of scaling stairs, lifting users from sitting level to eye-height, and even move along at a brisk walking pace in its standing position.

Low demand and the steep price of the wheelchair would eventually lead to its demise in 2009.

However, with Toyota’s help, the iBot is officially primed to make a comeback as the popularity surrounding robotics and robotics research and development is now bigger than ever.

Toyota will work alongside DEKA to create the iBot 2.0, which can be seen in the featured image above.

Ultimately, Toyota’s goal is to “support mobility solutions for the disabled community.”

Dean Kamen’s company, DEKA, says the new iBot will be “[enhanced] with 15 years of improvements in technology.”

“As we’ve seen people enjoy the flexibility and the freedom and the independence that an iBot brings — and that no wheelchair can bring — we’ve known that we have to bring this technology to more people who need it around the world,” adds Kamen.