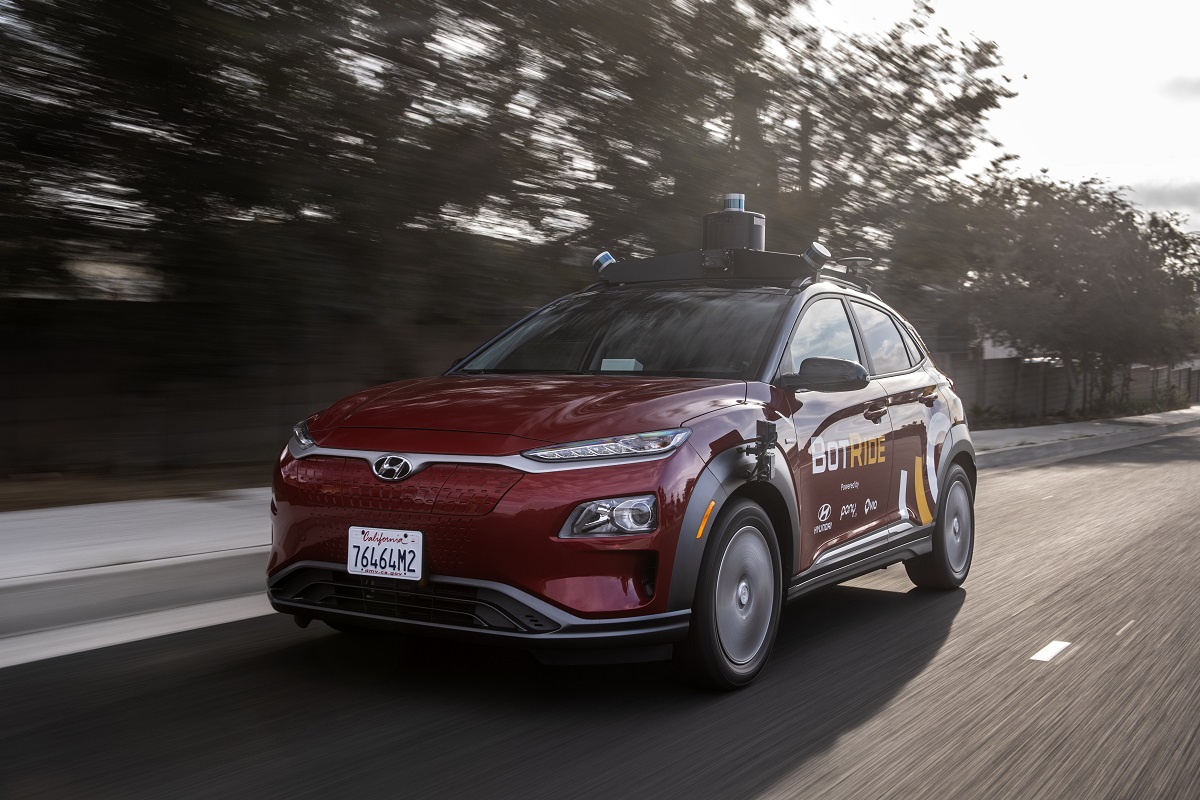 Despite the recent onslaught from autonomous-taxi startups, we are yet to see a self-driving car that will be entirely usable on public roads. Hyundai will try to rectify that by jumping into the autonomous bandwagon with a robot taxi service.

The largest South Korean car manufacturer will invest up to $35 billion for the development of self-driving and electric vehicles in the next five years. Hyundai will also get help from the South Korean government, which plans to spend up to $1.5 billion on self-driving tech between 2021 and 2027.

Along with new vehicle models that will use these technologies, Hyundai also launched a free autonomous taxi service in Irvine, California.

To achieve that, the company will partner with Pony.ai, a startup that originates from China and develops self-driving technology. You can hail these robot taxis with the Via service on the web, or through their smartphone apps.

Don’t think for a second that these taxis will be fully-driverless, though. The technology still isn’t ready to fully take on the responsibilities of the driver. That’s why the robot taxis will have drivers behind the steering wheel that will continuously monitor the road ahead.

The vehicles themselves will be Hyundai Kona SUVs, which are fully electric vehicles. The Kona is often regarded as one of the most efficient electric cars on the market, and it’s good to see it deployed in such a manner.

To better help these Kona’s see the environment, Hyundai equipped them with hardware and software from Pony.ai. With the tech included, the cars can “identify the precise position of surrounding vehicles, handle pedestrian traffic in urban areas, accurately monitor its surroundings, predict the behavior of other road users, and precisely plan actions accordingly,” according to Hyundai.

This year seems to be the breakthrough of autonomous taxis – Toyota plans to launch its fleet during the 2020 Tokyo Summer Olympics.

The future also looks bright for Hyundai. Along with the free robot taxi service, the company should launch a level 4 autonomous vehicles in 2024 for fleet customers and in 2027 for the general public.

TESS to Search Nearby Planets for New Habitable Worlds