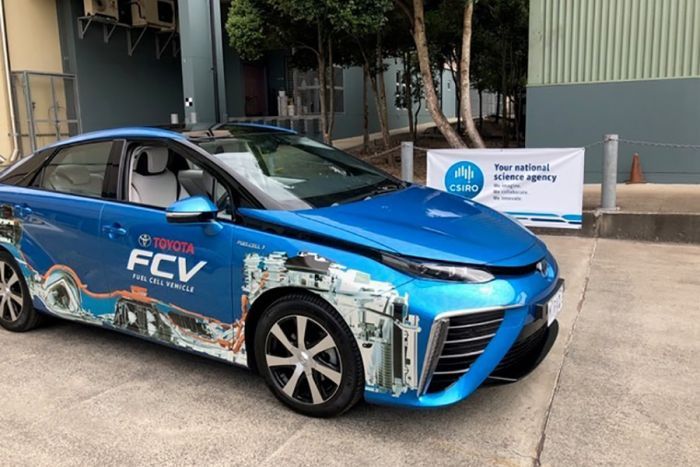 Hydrogen as an energy source for sustainable transport has great potential. Some of the world’s biggest car companies, including Toyota, Hyundai, and BMW are betting on hydrogen fuel as the way of the future. Hydrogen-powered cars are already on sale in Europe

Hydrogen has been dubbed “the fuel of the future”

Hydrogen-powered cars convert compressed hydrogen to electricity to power their motors. Hydrogen is not only highly abundant in the atmosphere, it’s a clean fuel. When burnt it gives off water instead of carbon dioxide. Vehicles powered by hydrogen fuel cells offer faster refueling and better range than conventional electric cars.

Hydrogen is a highly flammable gas that must be compressed and stored safely for transportation to use as a fuel.

CSIRO’s hydrogen membrane technology will solve the problem of transporting hydrogen. It can be efficiently transported in liquid form as renewable ammonia to locations where it can be converted back to pure hydrogen for fuel cell vehicle. What is The Future of IT Consulting?
Guy Flies Startup’s FAA Approved JB-9 Jetpack Around the Statue of Liberty