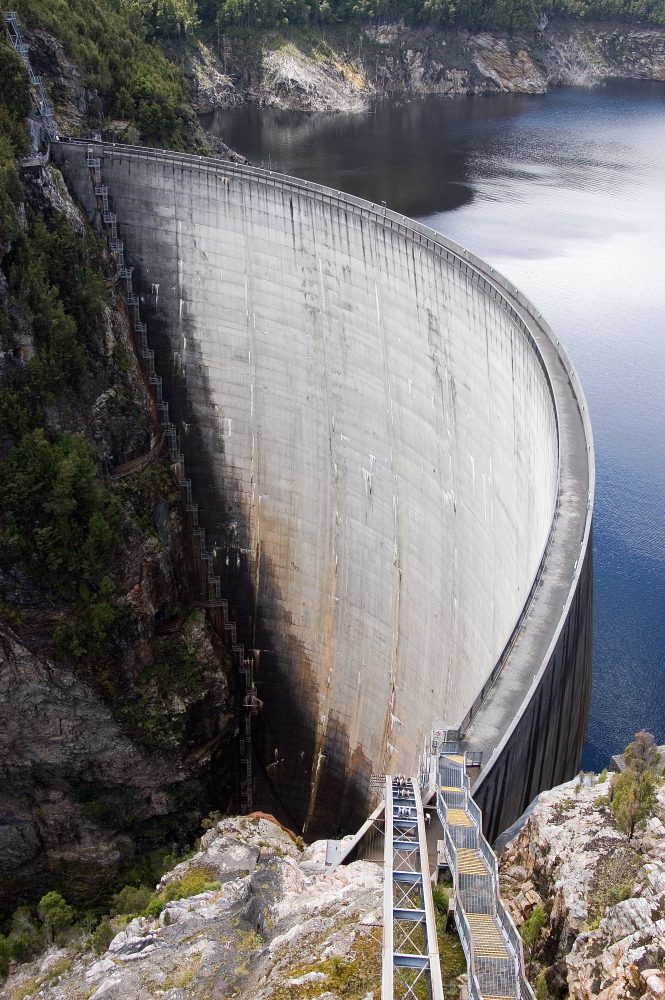 According to International Rivers, large dams are 50 feet (15m) tall or taller which is taller than a four-story building. There are currently more than 57,000 large dams around the world and 300 “major dams” which are at least 492 feet (150m) tall. China has the most dams with more than 23,000, followed by the US with 9,200. The heyday of dam building was during the early to mid-20th century, and today most large dams are under construction in China, Japan, Turkey, and South Korea. Over the history of hydroelectric dam building, more than 80 million people have been displaced with their homes, towns, and cities lost to the water.

Perhaps the most famous dam construction before the Three Gorges Dam along the Yangtze River in China was the Hoover Dam, completed in 1935 as part of the US Bureau of Reclamation plan to help tame the Colorado River and create hydroelectric power for the development of the US Southwest. As with many dams built since, there were concerns about the effects of dam construction on the environment and the large number of deaths that occurred during the construction.

According to International Rivers, there are now more dams under construction than at any time in history. Part of this is due to advancing technology and partly to the significant positive impact on the environment when fossil fuel energy and emissions are replaced by hydroelectric capacity. Hydroelectric energy produces very low emissions but significant environmental impacts during construction.

Dams are being built in countries that have underdeveloped electric grids. For example, in Ethiopia, the Grand Ethiopian Renaissance Dam (GERD) is under construction near the Blue Nile River. GERD is set to become the largest dam in Africa and one of the top 12 largest dams in the world.

A recent research study from the University of East Anglia found that huge hydroelectric dam construction projects have a number of environmental problems, especially the negative impact on biodiversity and life in the environment around dam sites.

The study “Widespread Forest Vertebrate Extinctions Induced by a Mega Hydroelectric Dam in Lowland Amazonia” looked at Brazil’s Balbina Dam which was built in the 1980s in the middle of a lush rain forest and an archipelago area that had 3,546 islands.

According to Common Dreams, which reviewed the report, “when hundreds of square miles of jungle were flooded with water, the wildlife who called that forest home—including mammals, birds, and tortoises—suffered dramatic population loss, with large vertebrates completely disappearing from almost all of the artificial islands.”

Clearly, while some countries would like to have new dams, the drawbacks of dam construction, especially when the dams will be large, currently result in drawn-out legal battles. Some are wondering whether or not the Hoover dam would have been built knowing what is known now. In 2011, the largest dam removal in US history occurred in Washington state on the Elwha River. As a result of this removal, the river and wildlife began to thrive again. See the video below for more on that: