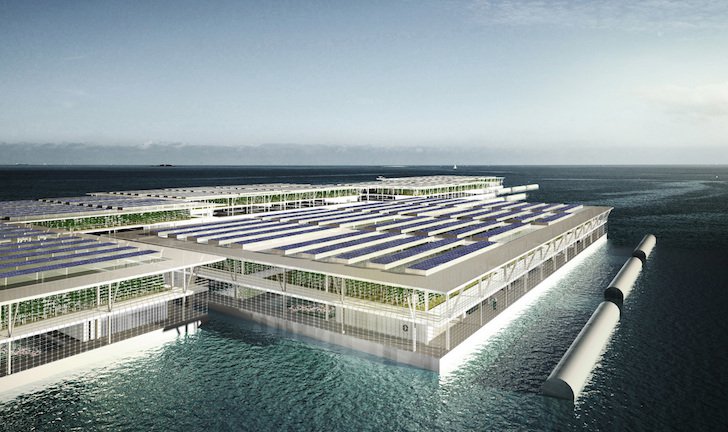 IndustryTap has reported on a number of agricultural innovations including agricultural robots, farming factories, urban agriculture, shipping container farms, space agriculture aboard the ISS, and more.

Now a Barcelona design company, Forward Thinking Architecture (FTA), has designed a 2 million-square-foot triple-decker barge farm that would produce 8 tons (7.3 tonnes) of vegetables and fruit on the upper side of the barge and 1.7 tons (1.5 tonnes) of fish on the underside of the barge each year. According to the firm, its barge farm would use hydroponics powered by solar panels on top of the barge.

Forward Thinking Architecture is motivated by a number of factors, including rising sea levels, a lack of fertile soil on land, and the increasingly high price of real estate. The design firm believes the future of agriculture may include healthy doses of floating farms.

The Economic Impact of Pandemic to The Construction Industry