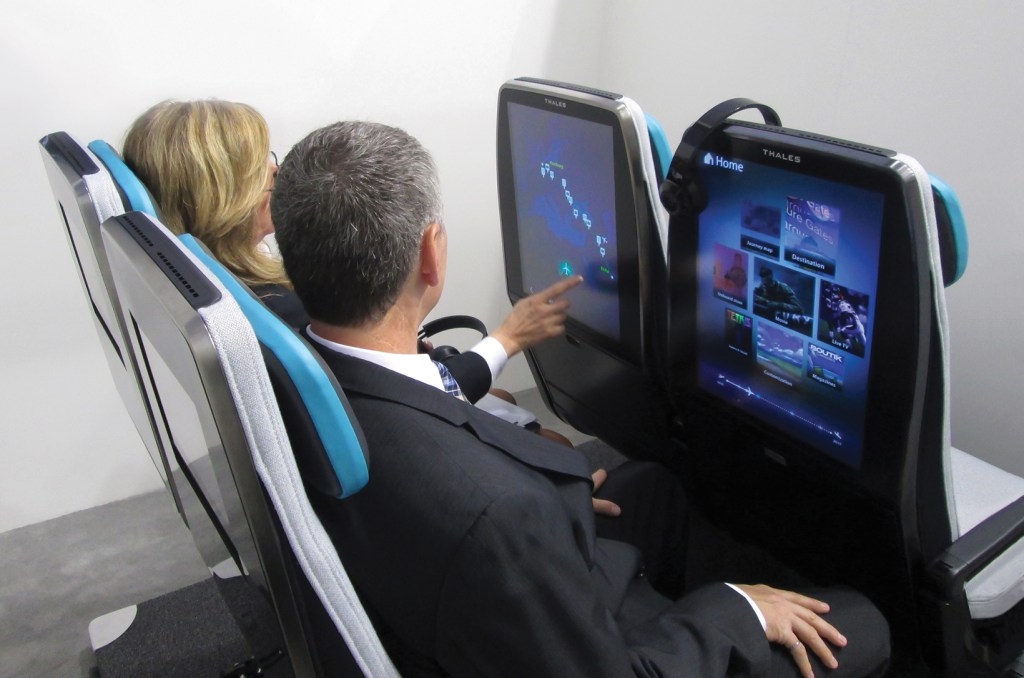 The Digital Sky touchscreens will be located on the back of the passenger’s headrest in front of you, enabling you to scroll easily through the massive LCD displays for all type of media, including magazines, games, and flight location.

Perhaps the only real major con to the Digital Sky prototype screens is the fact that they are in portrait orientation in order to fit in the seats.

As a result, there is a lot of extra space on the screen when you want to enjoy a movie. While this obviously isn’t a deal breaker, it is something we could see tweaked within the prototype before the touchscreens are officially released. How Technology Keeps You Safe With Engines Spinning at 100,000 RPM