Hitachi Energy was selected as the technology partner that will assemble the 250 kilometers-long (155 miles) power connection from the Norwegian mainland to NOAKA, an offshore project that is to be located in the North Sea. The line will be the world’s longest uninterrupted AC power connection, carrying up to 150 megawatts of power from the national grid to the ocean.

Hitachi Energy plans to build this line by using novel technology like gas-insulated switchgear and thyristor-controlled series capacitors that haven’t been used anywhere else previously. Moreover, Hitachi will deploy its own patented tech, such as high-performance STATCOMs (static synchronous compensators) called SVC Light®, and the MACHTM control and protection system.

Possessing these technologies and the know-how on their optimal deployment was key in selecting Hitachi Energy for NOAKA. Other factors considered by the stakeholders include the proven reliability of similarly-scaled systems the Japanese firm has commissioned in the past and its experience with low-emission systems. For example, Hitachi has realized 3,200 MW solutions to two offshore clusters in the Middle East and North Africa, reducing their total emissions by 35%. 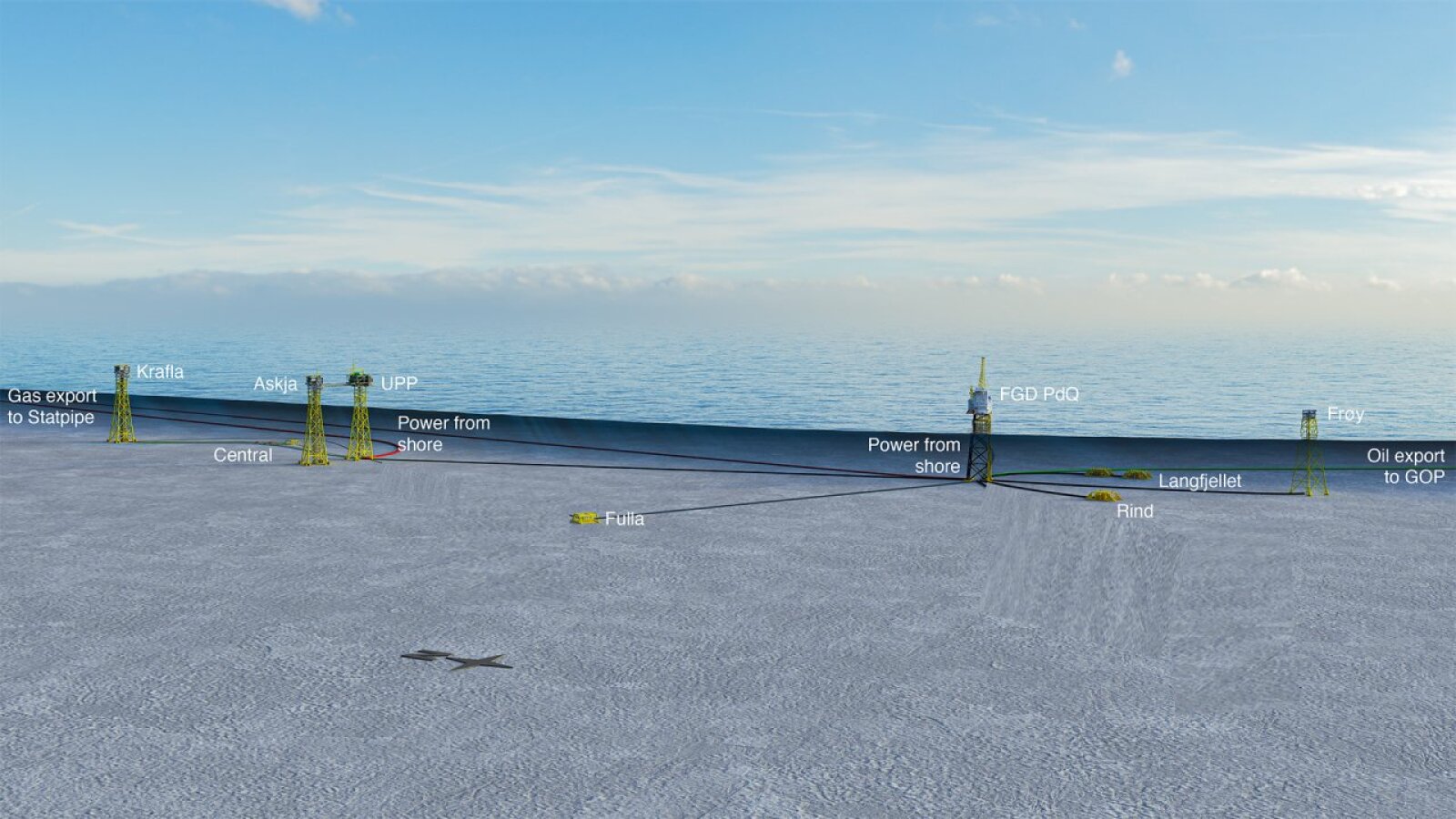 In the case of NOAKA, because the energy is to be sourced by solar power farms in the mainland, the cluster will achieve a zero-emissions status. The field to be exploited by the NOAKA project is estimated to have roughly 500,000,000 barrels of available oil resources, and the partners are planning to build no fewer than 45 wells to reach the maximum exploitation potential.

NOAKA is considered the last remaining exploitable field of this size and potential for Norway, so the country doesn’t want to jeopardize the project in any way. The total amount to be invested in the development and operation of NOAKA will reach NOK 50 billion ($5.570 billion), so this is a massive investment for Norway.