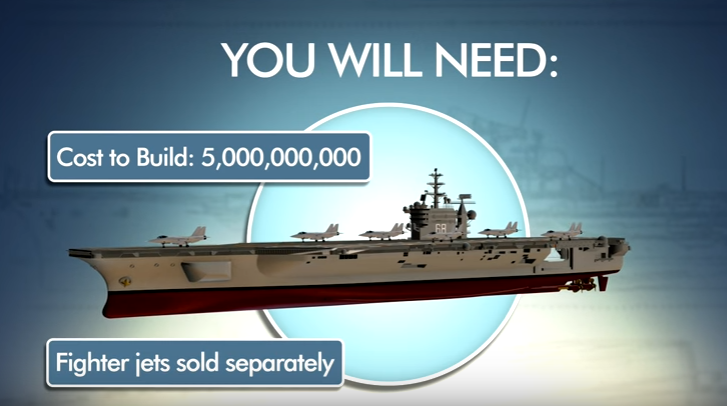 Have you ever thought about building your own aircraft carrier? Chances are the answer is no because it’s so far out of the realm of possibility.

But let’s have some fun and say we were looking into constructing a gigantic aircraft carrier.

Where would we even start?

In fact, a generic aircraft carrier is comprised of 60,000 tons of steel, including 4.5 acres of non-skid surface with four 325-foot catapults.

Not to mention, a basic aircraft carrier weighs approximately 200 million pounds and generally takes a minimum of 5 years to construct for a minimum cost of $5 billion!

Prepare to have your mind blown…