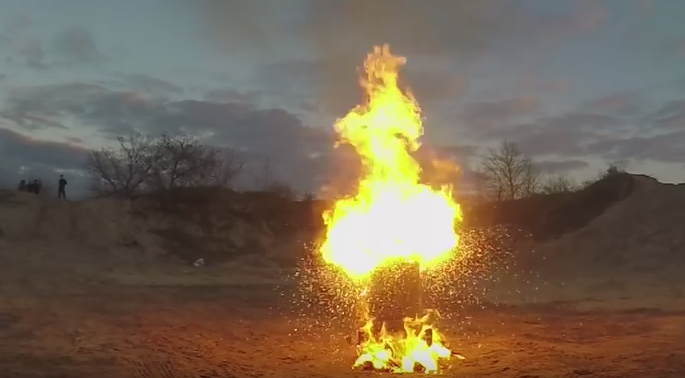 Caution: Don’t be an idiot and attempt to recreate this epic video.

Now, I know we’ve all wanted to do this before but most of us simply don’t have the funds to throw away money on thousands of sparklers.

I mean, we celebrated New Year’s with some fireworks, tannerite, and probably 50 sparklers or so, and it was more than enough stuff being lit on fire and exploding for me.

The YouTuber below just simply needed a bit more action I guess, so he invested in 99,950 more sparklers than we did and set them up in a giant sparkler tower.

Naturally, he lit them all at once in what appears to be a relatively safe area to experiment with thousands of sparklers. Here are the results:

Honda Rides into the Future with 750cc NM4 Vultus ‘Batbike’