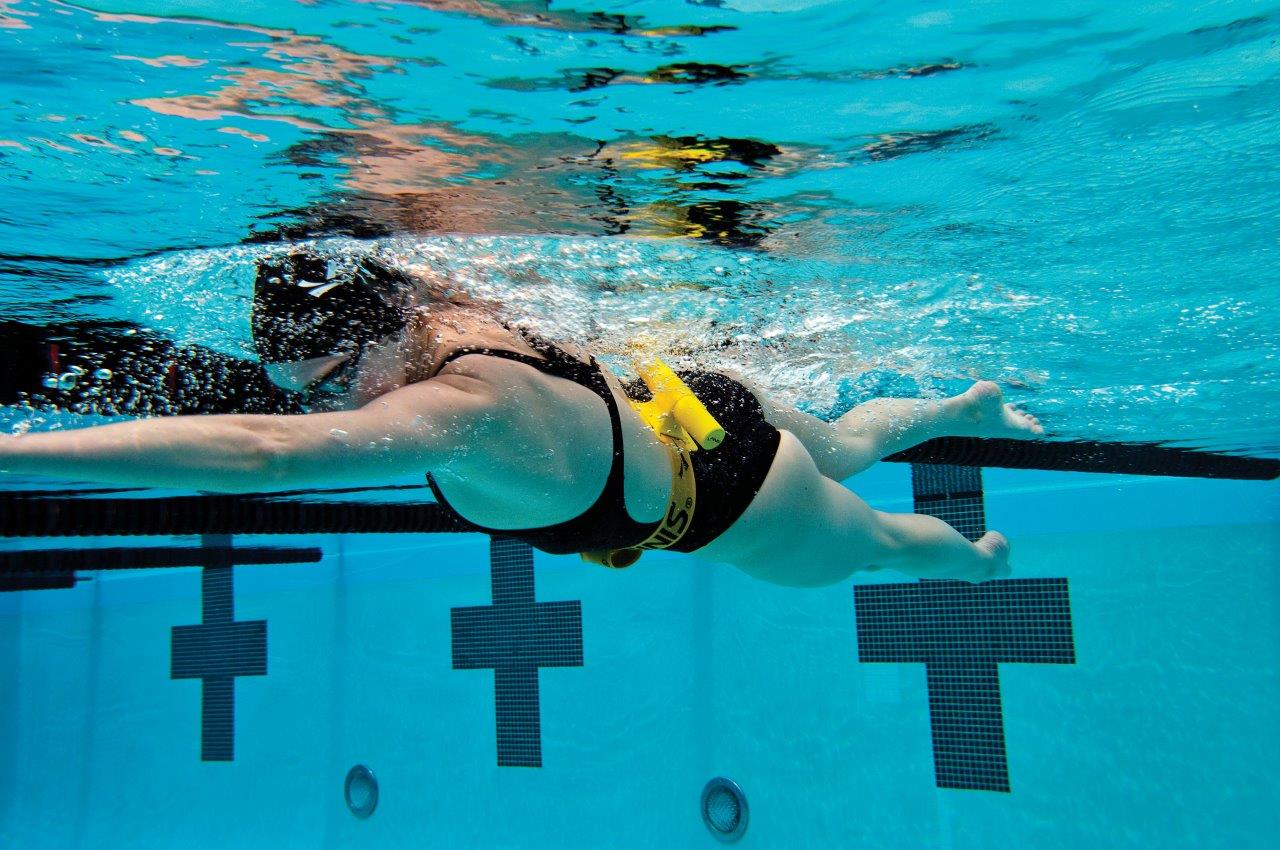 Wearable tech is incredibly convenient for many reasons, the most obvious of which is that it generally stays on your person all the time — unless you don’t have a water-resistant or diver-friendly device that can go in the water. In that case, you might take off your smartwatch when you hop in the pool or jump in the shower.

But you don’t have to. There are plenty of great waterproof tech devices, which is especially convenient if you’re a swimmer who wants to track your fitness or lap times in the pool.

So, if you’re looking for wearable tech with a watertight seal for swimming, here is some of the best you’ll find.

Let’s get this one out of the way right out of the gate since it’s one of the more obvious choices. The Series 3 gets one significant improvement over previous generations: It’s waterproof, so you can use it during swim sessions. It even includes swim tracking and fitness features specifically for water use.

Swim stats include distance covered, lap lengths, average pace, and even common swim strokes. All data syncs with the Apple Activity app, which is also available on iOS devices — like your iPhone.

It is worth noting, however, the watch disables its touchscreen functionality in the water to help prevent unauthorized functions or taps due to contact with fluids.

It’s waterproof up to five ATM, or 50 meters, and includes embedded GPS support. But it will cost you — Apple’s watches run $300 and higher.

Unlike most of the other wearables on this list, you’ll wear the FINIS Tech Toc around your waist — as opposed to on your wrist. This device accurately measures swim strokes and provides detailed feedback about your form and proper hip positioning.

While it doesn’t include all the bells and whistles of some of the other devices on this list — like a touchscreen display or general tracking — it is incredibly useful for anyone looking to improve their swimming technique. Plus, it will cost you less than $50.

While most Garmin devices are suitable for water use, the Vivoactive 3 is the top pick. For starters, the design looks more akin to your average smartwatch or sports watch. It has a round touchscreen display, and multiple band colors and styles.

For swim tracking, you get basic stats like lap times, stroke, temperature, speed, depth, distance, and pace. It is waterproof up to five ATM, or 50 meters, so it’s great for the pool. You can take it in the shower, too, if that’s your thing. Fitbit has a variety of devices, but the best for underwater and swimming use is the Flex 2. This wearable is the best option if you only want fitness tracking support and nothing flashy like a smartwatch.

It’s waterproof up to five ATM, or 50 meters, and will track swim duration, distance, and pace. It also offers five-day battery life on a single charge, which is incredibly convenient.

As with most Fitbit bands, the Flex 2 options come in many styles and colors, and there are a ton of accessories available for Fitbit products online.

It’s also budget-friendly, coming in at less than $60.

The Moov Now includes built-in coaching and swim feedback. It even has a dedicated swim mode you can leave on during your sessions. It’s waterproof up to 30 meters, which is plenty deep enough for use in the pool or shallow water.

Stat tracking includes stroke type, distance, efficiency, rate, speed, lap times, and stamina measurements. You can even buy the Moov HR accessory, which is a small device that sits inside your swim cap and measures your heart rate.

The Moov does not include a display of any kind, which may be a turnoff to some. Instead, it syncs up with a mobile device through a companion app and displays all information that way.

The Samsung Gear Fit2 Pro is rocking a 1.5-inch curved AMOLED display that is incredibly vivid, as most Samsung displays are. It’s also waterproof up to five ATM or 50 meters, which means you can take it for a dip in the pool.

For swim tracking, it monitors lap times and count, strokes, distance and time. It can also tap into Speedo’s exclusive ON swimming app to deliver better metrics about performance.

Of course, it offers out-of-the-water fitness tracking support, too. You can get your hands on one of these for less than $200.