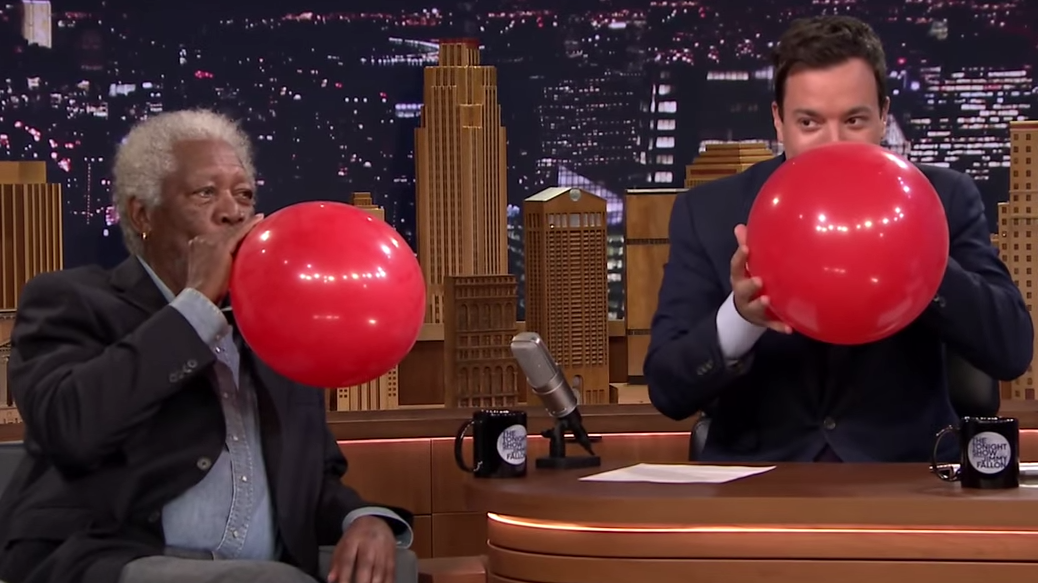 What a gas! Thanks to helium, floating mylar balloons announce an event, deliver birthday wishes, even send a message for a speedy recovery. And what about those giant characters in Macy’s parade? A huff of the gas will give the giggles and a squeaky voice. Beyond that frivolity, most of us don’t give helium much thought at all.

It has critical applications in a number of industries: medical, science, defense, aerospace, and manufacturing. It is a major component in cryogenics because it is the coldest liquid when in that form. It is used to cool superconductive magnets such as those used in MRI scanners, and even the particle accelerators at Fermi Labs and the Large Hadron Collider at Cern, Switzerland. NASA uses helium for its rockets and manufacturing needs include the production of liquid crystal displays (LCDs) and optical fibers. Its stable nature and “super-cooling” capacity make it a useful element for a multitude of purposes.

Helium is a nonrenewable resource that is becoming ever more necessary as we move into new technologies. Currently, the U.S. accounts for about half of the worldwide consumption with a quarter of that used just for MRIs. Many industries are experiencing shortages already and some scientists predict a depletion of our reserves within half a century. So shouldn’t we show greater concern?

Actually, positioned as the number two element on the Periodic Table, it is also the second most abundant material in the universe. But the amount of helium in Earth’s atmosphere is miniscule. Unaffected by gravity, the atmospheric helium is on a constant beeline into space and is replaced by radioactive decay escaped from the earth’s crust. Collecting the gas on its way out of our atmosphere is not at all practical, so supplies come primarily from natural gas deposits in a handful of U.S. states and a handful of other countries.

HELIUM HAS A HISTORY

Since its discovery in the U.S. around 1900, helium was recognized by the government as a valuable resource for its “lighter than air” quality, so in 1925 the National Helium Reserve was created. Once it was liquefied, its importance became apparent for more than just defense industry applications.

In the 1960s Congress thought it would be a good idea to assure control over the reserves and arranged to purchase it from natural gas producers and stockpile it where the reserves are currently held in the Texas panhandle under the care of the Bureau of Land Management (BLM). Their purchase of some 34 billion cubic feet of crude helium led to a debt of about $1.3 billion with a billion of it in interest by 1991.

So, in 1996 Congress saw the helium reserves, unlike the strategic emergency petroleum reserves, as a commodity that should be sold off to clear the debt. Though the Government Accounting Office (GAO) recommended an outright government cancellation of the debt in 1992, the Helium Privatization Act of 1996 set up a round-about method of requiring federal agencies to purchase their helium from refiners

that then procured a matching quantity from BLM at a price equal to or below market price. The debt was officially paid off in October 2013. But this arrangement did not account for new technologies that create greater demand with diminishing supplies, usually resulting in higher market value.

THE FUTURE IS UP IN THE AIR

With only about 10 billion cubic feet remaining in reserve, and that amount rapidly dwindling, many industries are already experiencing shortages and delays on orders. Though a few other countries are finding reserves, the concentration and quality are lesser. Poor planning could find the U.S. in a position of having to import helium in the future, just to meet our own increasing demands.

Other than the expectations of selling off the reserves by 2015, the 1996 Act did not specify a plan of future action. A coalition of scientists and other helium users urged congress to act, and in a rare by-partisan move they passed the Helium Stewardship Act of 2013. Their goal is to continue the privatization of U.S. reserves until 2021, when the mandate’s authorization ends. After that, who knows? Mostly, the Act addresses the sales pricing but does not even acknowledge the diminishing availability in a period of greater demand.

Some scientists are concerned that helium is not being given the due respect it deserves for all that it does for the human race. Though we might not suffer from the loss of giant balloons for entertainment, it might be a matter of life and death if we can’t get an MRI.

Let’s hope the “stewards” at the House Committee on Natural Resources has the public’s best interest in mind as they assess the nation’s need for a strategic emergency reserve of helium as opposed to money in the coffers now. As we all know, they can have a tendency to bury their heads in the dirt so as to avoid action and usually blow a lot of hot air in the justification for doing nothing.

We’ll just have to wait and see whether helium gets treated like a party favor or gets its due respect.

Top 6 Laboratory Oven Suppliers in the USA
Smart Drug Modafinil Can Turn You Into Einstein!