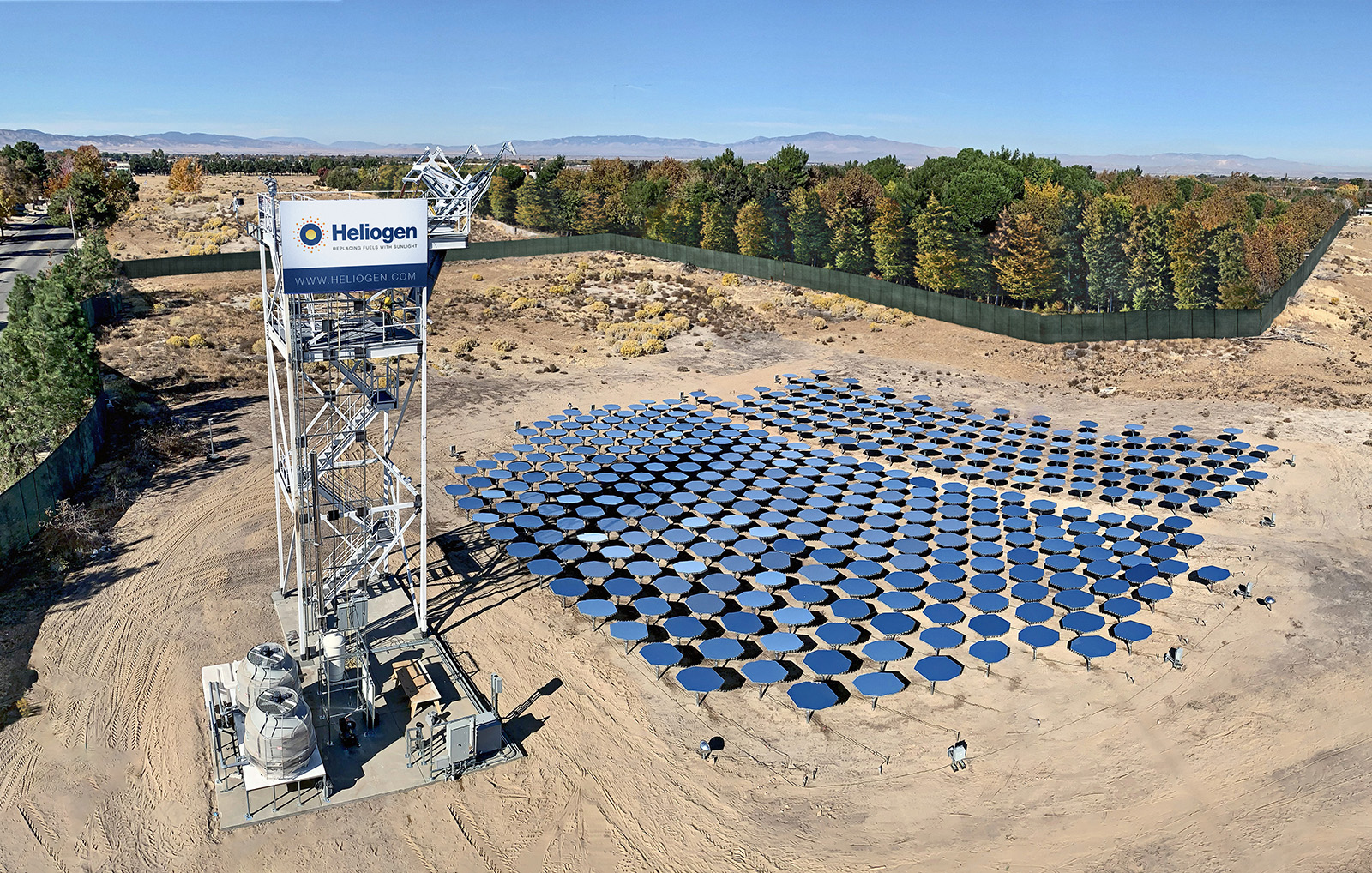 Engineers and scientists working for the Heliogen startup, which is funded by Bill Gates, have been working stealthily lately, building a solar mirror park.

According to the first reports, the project was successful, as the system managed to focus sunlight on a solar-oven point which reached 1000 degrees Celsius. This is the first time that we see a successful concept of concentrated solar energy on such a large scale. Others have suggested this solution before, but no one has managed to actually materialize it until now. That is at least not for temperatures that reach such high levels.

Heliogen has used a relatively small array of sunlight-reflecting mirrors to send the concentrated energy to a single point. What made the critical difference, however, is that they used artificial intelligence to track the Sun and control the mirrors with such precision that all solar beams end up on a single spot. For Heliogen, it was all a matter of achieving tight tolerances, and they managed to do it with precision engineering and software.

At temperatures of 1000 degrees Celsius or more, companies can create carbon-free hydrogen, use the heat to make concrete, or even smelt metals. This is a real game-changer in the field and Heliogen knows that they got to scale up quickly before others catch up. Other high-profile investors like Soon-Shiong and Jeff Bezos have now joined in, as they have been convinced about what Heliogen’s arrays can do.

Sunlight is free, comes without carbon emission taxes, and in many places in the world, it is a very reliable source of energy. Heliogen already has a set of compelling arguments to convince the big players in the industry to invest in the creation of sunlight mirror parks for their field operations.

For the benefit of us all, let’s hope that this new technology will explode.