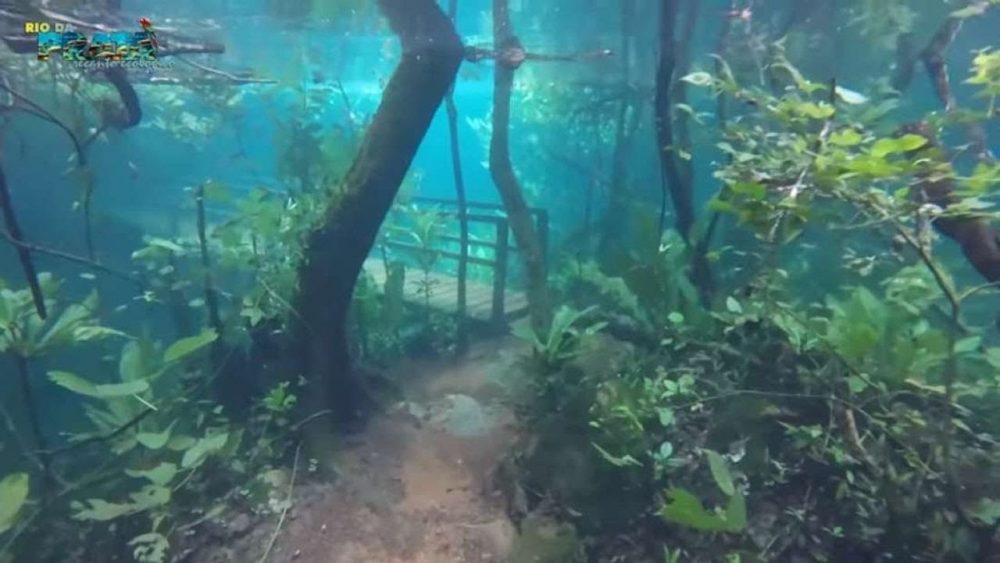 A nature reserve in Jardim, Brazil, was transformed into an enchanting underwater wonderland recently.

The hiking trail in Brazil’s Recanto Ecológico Rio de la Prata (“Natural River Park”) was flooded with the water from the nearby river, which was overflowing due to heavy rains.

Most floodwater is murky, but this park didn’t turn into a muddy mess. Instead, the flood overtook the trail with perfectly clear water. The trees, grass, floating bridge, and even the dirt trail — everything appeared in crystalline perfection.

A park ranger discovered the underwater dreamscape while patrolling the nature reserve. He captured the video of his trek through the aquatic world, including an image of a wooden walkway in the sparkling water.

Watch the mesmerizing video below:

“Despite the flood, on the day the video was recorded, the waters of the river Olho D’Agua remained crystal clear due to their conserved riparian forest and being inside a private reserve of natural heritage,” the caption on the video states. “This was a rare episode.”

The flood water level returned to normal by the end of the day.