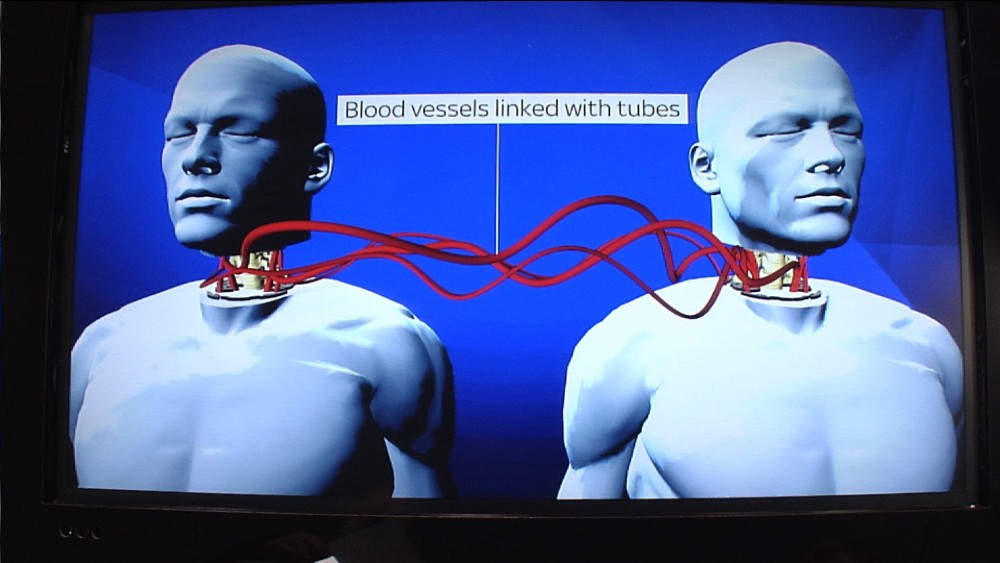 If you have heard about the Italian neurosurgeon Sergio Canavero, you likely know that he is most probably going to perform the world’s first human head transplant in December 2017.

As per Dr. Canavero, this operation could help in changing the lives of the people who are paralyzed from the neck down. Dr. Canavero claims that he has already completed successful trials on various animals.

Valery Spiridonov, a 30-year-old Russian man who suffers from muscular atrophy, has volunteered to take part in the first operation.

Canavero, at a conference in Glasgow, announced more details regarding the transplant. He unveiled that his patient will spend much of his preparation time inside a virtual reality machine developed by Inventum Bioengineering Technologies of Chicago, Illinois, to get him used to his new body.

Kiratipath Iamsakul, co-founder of Inventum, said, “The patient will engage in virtual reality training several months before the commencement of the procedure in order to sufficiently prepare for the normalcy of life in a new body.”

Canavero also showcased the blade with which he will perform the operation. This blade is designed by Farid Amirouche, professor of mechanical engineering and bioengineering at the University of Illinois, Chicago. Canavero said, “Amirouche has developed probably the sharpest and most precise blade in the world, which will allow a clear cut of the spinal cord with a minimal impact on the nerves, a cutting system that is innovative and very inventive. It is another milestone on the journey to make the first human head transplant possible.”

Considering the challenges involved in the operation, Michael Sarr, editor-in-chief of the American medical journal Surgery said, “When you transplant a head to a body, you connect a spinal cord, bones, muscles, esophagus, arteries, veins, also several other nerves along the swallowing tube. Each has its own complications and they’re not insignificant. The complications are also greater all together.”