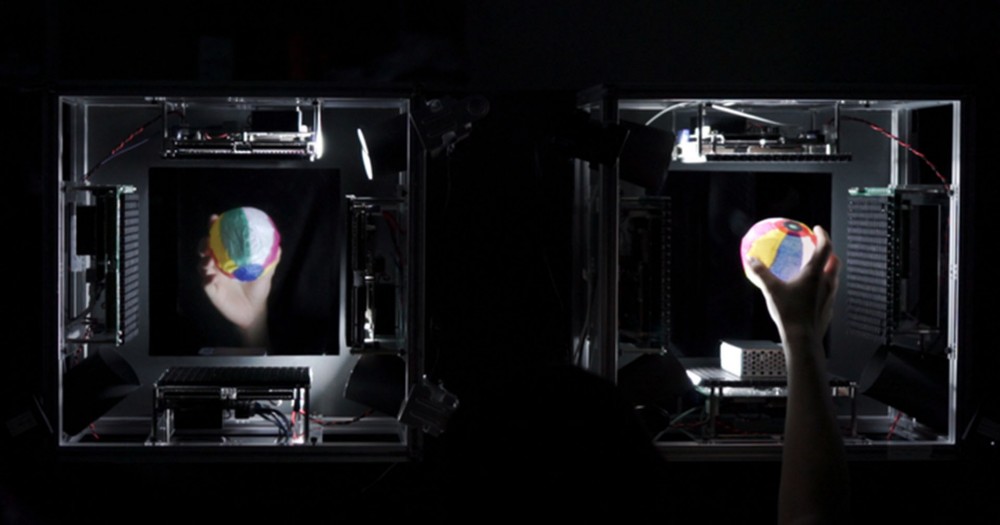 We hate to say it, but we all think it: Why do I have to touch an object that has already been touched by thousands of not so clean looking people?

Well, those days may soon be over as new technology is in development that will allow us to interact with objects without touching them. At the same time, the same technology may allow us to touch objects and people at great distances.

You May Soon Be Able to Touch People Over VOIP

Haptics is the interaction of human tactile sensations with computers. A haptic device involves physical contact between a computer and a user, usually through an input/output device such as a joystick, data gloves, and movement sensors.

At the Shinoda-Makino Lab at Tokyo University, researchers are developing a variety of virtual touch products such as the Haptomime, a mid-air haptic virtual touch panel. Touching People at a Distance

In addition to the AIP, an airborne ultrasound tactile display (AUTD) is used to reconstruct objects kept in open chambers. Researchers can interact with virtual objects that directly affect real objects.

In addition, people can interact with each other in real time without need for equipment. The technology provides a perfect synchronization.