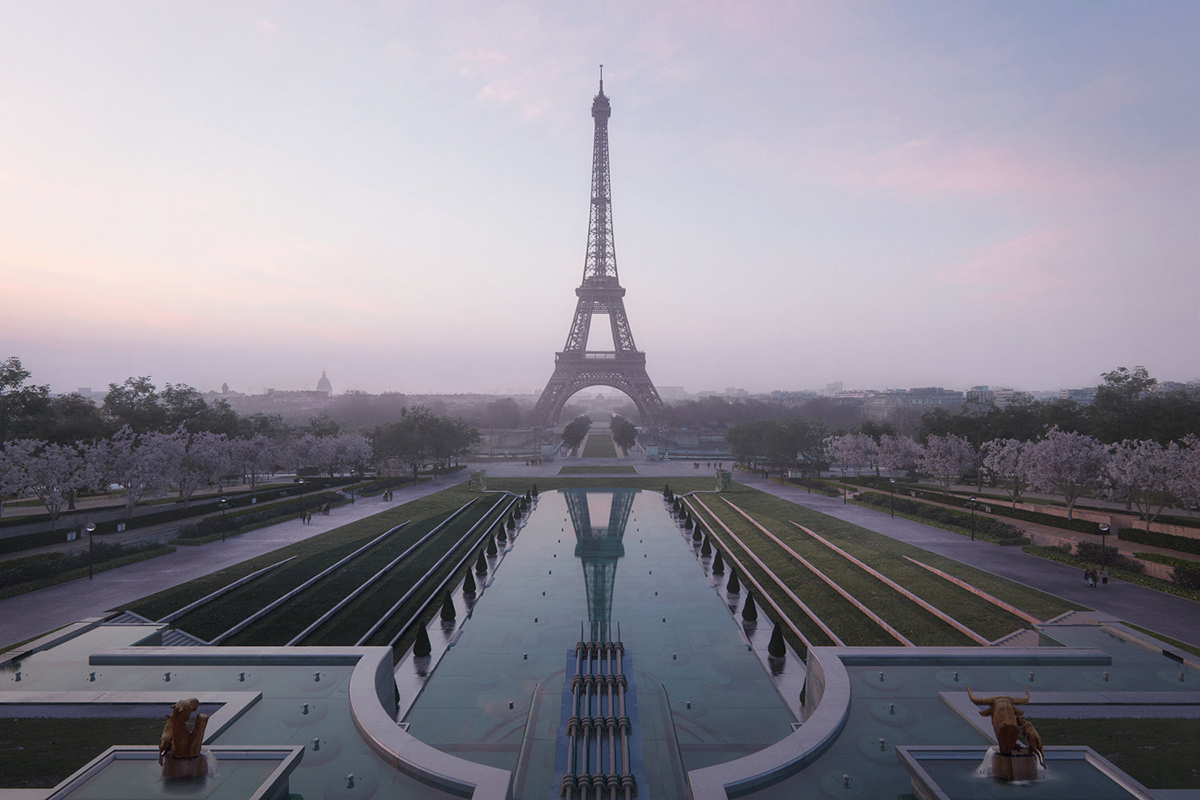 The Eiffel Tower is one of the most iconic landmarks in the world, standing in the heart of Paris since 1889, symbolizing man’s achievements in engineering, construction, and architecture.

Since its completion, the tower has been visited by over 250 million people, and its popularity is continually growing, so the municipality of Paris has an ever-growing problem in their hands. There isn’t enough space to accommodate the 25000 people that queue outside the tower each day, and there aren’t enough serving points to help this crowd stay hydrated, and the surrounding gardens are always packed with people.

To address the problems, the City of Paris run a design competition for the area around the Eiffel Tower, so that the landscape is reimagined in a way that will serve the landmark much better. Out of a total number of 42 entries, the City of Paris shortlisted Gustafson Porter + Bowman, as well as another three teams of architects.

The winning scheme is called “OnE” and it’s centered around the unification of multiple Parisian monuments such as the Place du Trocadéro, the Palais de Chaillot, the Pont d’Iéna, the Field of Mars and the Military School while keeping the Eiffel Tower in the epicenter of the whole project.

“OnE” will not only bring the various locations of interest under a common architectural platform which will improve the general accessibility, but will also address the practical problems that hinder the experience of the visitors. More specifically, there are many new spaces of pleasure that will be created, allowing visitors to enjoy some much-needed “breathing space”, and even contemplation.

With “OnE” having been selected as the winner, the work for the redevelopment of the area is expected to take quite some time, but the first phase will be hopefully be completed by 2023. With the 2024 Summer Olympics being scheduled to take place in Paris, this will be a crucial project for the visitors of the French capital.