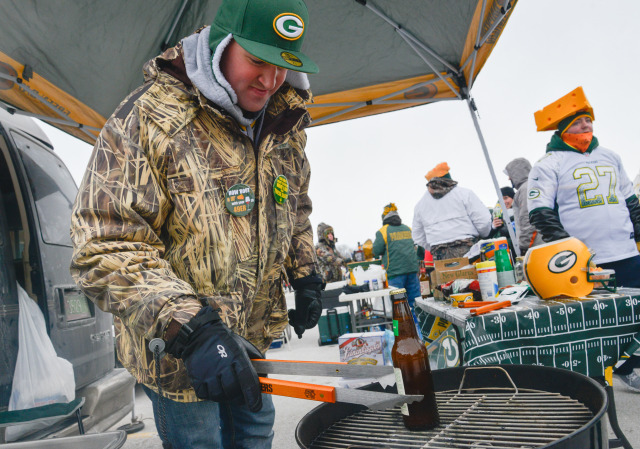 According to the National Weather Service, the temperature at kickoff for the Green Bay Packers vs. the San Francisco 49ers in Wisconsin was a frigid 5 degrees, with a wind chill of minus 9. In fact it was so cold that tailgaters had approximately 20 minutes to drink their beers before they froze.

Some fans resorted to grilling their beers in order to keep them drinkable for a longer period of time. Not exactly your typical tailgating activity.

Of course, we all know that freshwater freezes at 32 degrees, but what about beer? Below is a list of products and their freezing points: