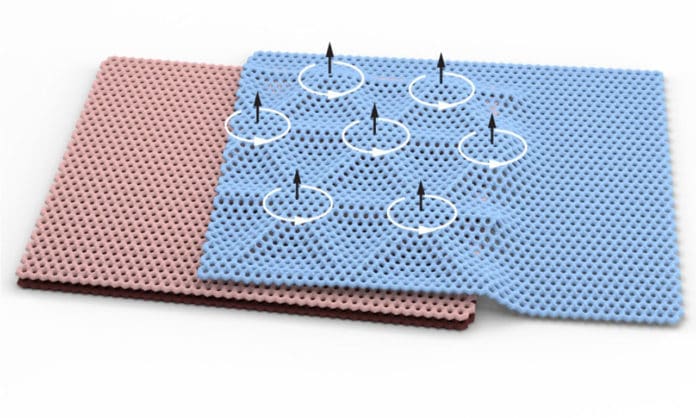 Graphene is no doubt a wonder material. Since its discovery researchers have been in a global race to unlock its exceptional properties. Graphene is not only the strongest and thinnest material known to us, but it also has a unique mix of thermal and electromagnetic properties.

Recently researchers at Columbia University and University of Washington tried stacking separate layers of graphene on top of one another.

Researchers discovered a variety of exotic electronic states, including a rare form of magnetism

While investigating the effects of graphene layering, scientists stacked two monolayer sheets of graphene. They found that twisting one of the layers by about 1°, it produces a twisted ‘magic angle’ structure. Researchers discovered that it can alternate between being an insulator and a superconductor. In other words, it either blocked the flow of electricity or facilitates it with no resistance.

Researchers then experimented with a three-layer graphene system

Scientists stacked a monolayer sheet of graphene onto a bilayer sheet and twisted them by about 1°. At temperatures, a few degrees over absolute zero, the system of layers demonstrated an array of insulating states. Researchers discovered that these states could even be controlled by applying an electric field to the structure. The team also discovered new magnetic states in the system.

Cory Dean, one of the paper’s senior authors, said, “We found that varying the number of graphene layers endows these composite materials with some exciting new properties that had not been seen before.”

Professor Xiaodong Xu said, “Akin to tying different types of knots in a rope, the topological properties of the material may lead to new forms of information storage, which “may be a platform for quantum computation or new types of energy-efficient data storage applications.”