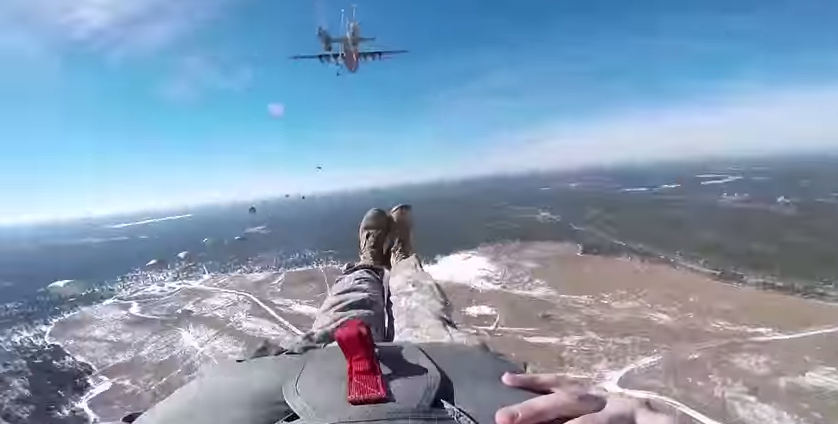 Based at Fort Bragg, North Carolina, the 82nd Airborne Division is constantly training in order to be ready for whatever is thrown at them.

Recently, one of the members wore a GoPro during a training exercise, providing an inside look at what it is like to jump from a US Air Force C-130.

This was the 82nd Airborne’s last jump of the year as they prepare for 2015.

Get a taste of the action below: