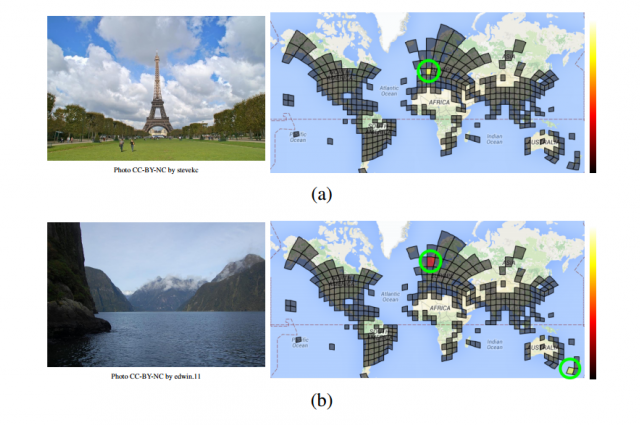 Google has made another breakthrough which will surprise you: Its strange new artificial intelligence machine can locate where on earth any random photo was taken.

For those who have played the game GeoGuessr, they know how hard it is to locate the place by simply looking at the image. If that image has any famous building or landmark, then the task is easy. However, in its absence, the job becomes significantly hard.

Recently, Google unveiled PlaNet, a program with geotagging abilities. It is a neural network designed to find out the precise location where a photo was taken, based purely on its pixels.

Tobias Weyand, one of the brains at Google and part of the team that developed PlaNet, trained the computer using the location metadata of 126 million photos taken from the Internet. The team divided the earth into a grid consisting of over 26,000 squares, each square’s size proportional to the number of photos that were taken there.

According to the research team, when they tested PlaNet’s accuracy, out of 2.3 million geotagged Flickr images, PlaNet narrowed down 48% of them to the right continent, 28.4% to the right country, 10.1% to the right city, and 3.6% to the actual street.

No doubt it can’t precisely locate every single random image on a map, but it’s much better than humans. When the team pitted PlaNet up against ten well-traveled humans in this game of locating places, PlaNet won 28 out of 50 times. PlaNet had an average error of 703 miles while the humans were off-target by an average of 1442 miles…more than double of PlaNet.

The team says that PlaNet doesn’t need much memory as it only uses 377 MB, making it capable of fitting on a smartphone, so it is quite possible that you may someday be able to carry it in your pocket. How Technology Is Changing Boats

US Army Teaming Up With Malloy Aeronautics to Further Develop Hoverbikes