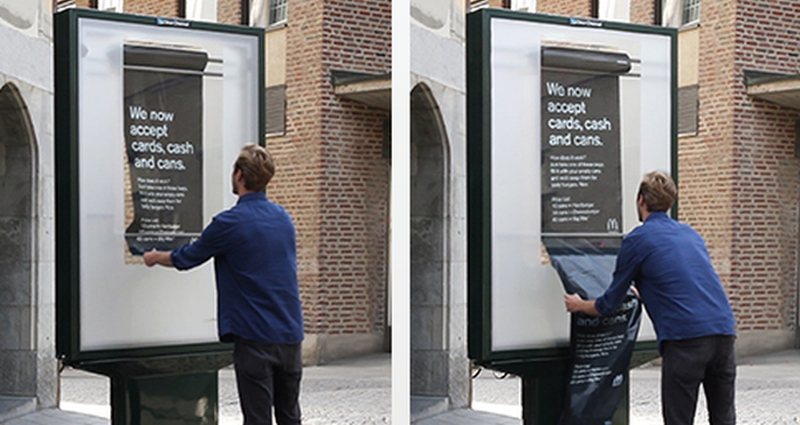 Killing Two Birds With One Stone

Solving environmental problems while simultaneously providing social benefits is something the world needs more of and can truly be considered a win-win situation. That the idea and solution can come from a company with 35,000 restaurants around the world, over 3 billion annual transactions and sketchy environmental and health records is further good news.

DDB Stockholm, a creative ad agency, was recently hired by McDonald’s, Stockholm, to find ways of bringing young people into its restaurants from nearby summer festivals, concerts, city parks and “green sites.” McDonalds restaurants worldwide have seen a decrease in sales recently as people look to healthier alternatives. In this case McDonald’s has been able to take credit for an environmentally friendly marketing campaign that encourages young people to pick up litter and recycle while positively affecting McDonalds bottom line.

Most young people are nearly always short of cash, spending whatever they have on beer, computer games, smartphone paraphernalia and sometimes food. DDB came up with an outdoor campaign called “Can Currency” in which it placed advertisements around Stockholm, along with a billboards holding a supply of black bags to use for can collecting. (see image above)

Here’s the “an conversion rate”:

In short, the campaign has had reasonably good results with the city a bit cleaner and young people’s stomachs a bit fuller.

In-Wheel Electric Motor Rolling Out in 2014