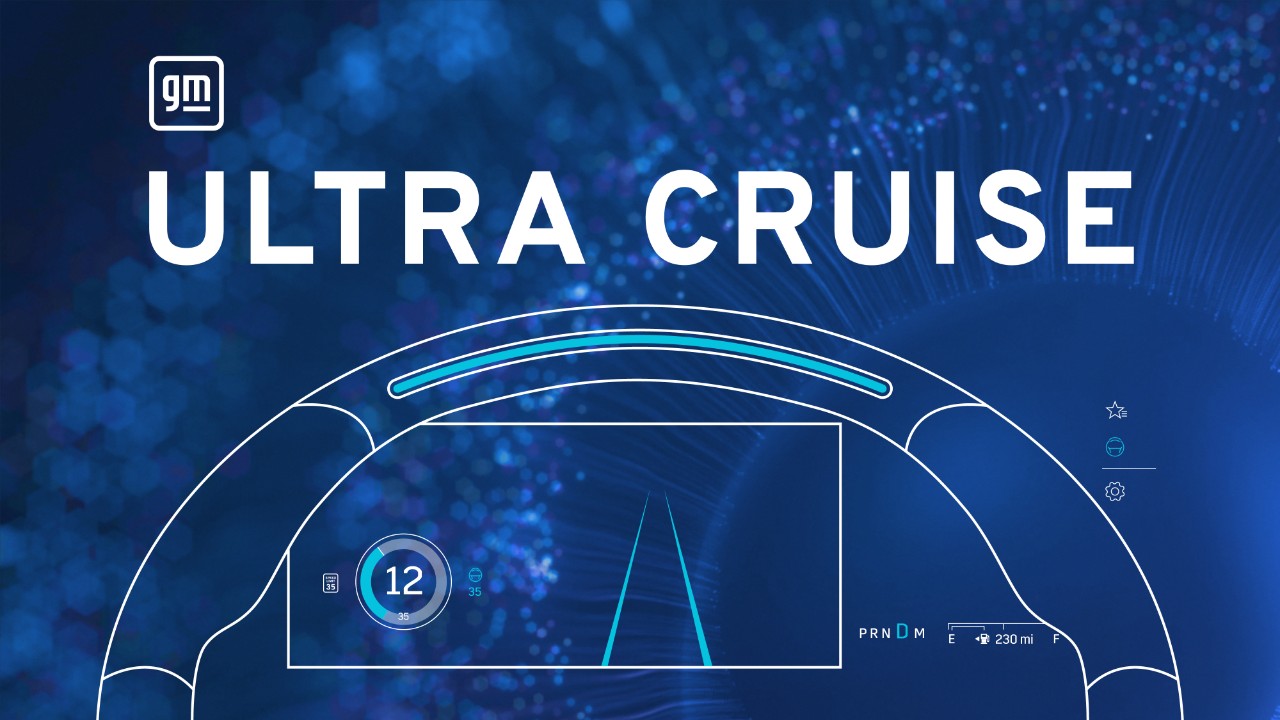 Ultra Cruise will ultimately enable door-to-door hands-free driving on all public paved roads in the U.S. and Canada.

The advanced system will use lidar, cameras, and 360-degree radars, getting a complete vision of what is happening in the surroundings of the equipped car. Speaking of which, the first car that is going to get the new system is a Cadillac in 2023, but the model hasn’t been named yet.

The most exciting part of the announcement is GM’s promise on the effectiveness of the ‘Ultra Cruise’, which will allegedly allow for hands-free driving in 95% of all driving scenarios. This is an impressive percentage by today’s standards, since none of the existing systems can make similar claims.

As GM’s executive Dough Park’s explained, this is achievable by combining different sensors into a powerful fusion that makes the drive assist system totally safe to use even in complex roads and heavy traffic with chaotic structures and rapidly changing moving elements.

To complete the series of bold claims, GM promised that the ‘Ultra Cruise’ will eventually work on every paved road in the United States and Canada, but for starters, it will only be enabled on about 2 million miles (3.2 million km) of paved roads.

This all sounds great, but we’ll have to see how the system works when it debuts in 2023. General Motors is definitely a giant in the automotive industry with virtually endless resources to help support their most difficult R&D endeavors, but they don’t have much experience in the autonomous driving field.

Another thing to note is that driving assistance systems that are very capable but not totally able to drive under all conditions, like Tesla’s FSD, are essentially “trapping” the driver into thinking it’s safe not to supervise what’s happening. Unfortunately, it seems that going through this dangerous stage is simply unavoidable. 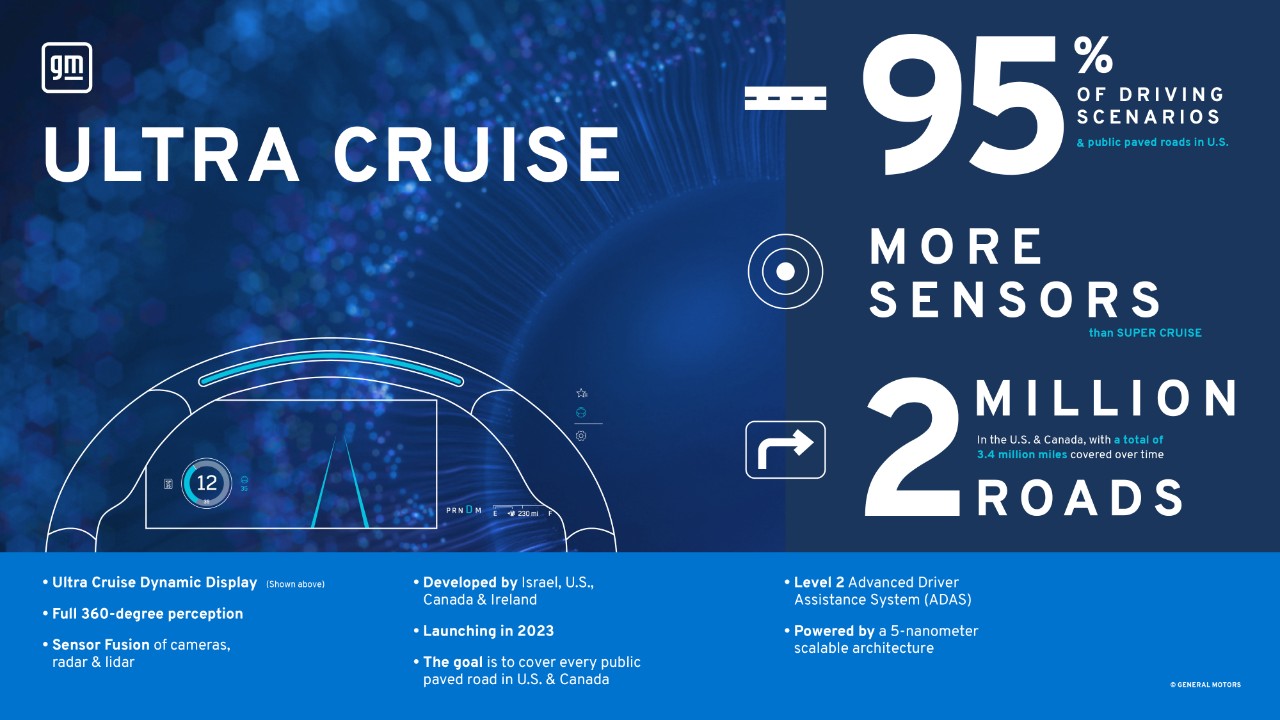 Ultra Cruise will ultimately enable door-to-door hands-free driving on all public paved roads in the U.S. and Canada.