A Spain-based tech company has developed prototype “smart gloves,” called GloveOne, which enable the user to touch virtual objects and feel their size and weight.

Reportedly, the gloves will allow you to feel rain and fire and even something as light as butterfly wings. Pretty crazy, right?

“GloveOne enables users to feel and touch any virtual object that they can see on the screen or in their VR headsets,” according to the company NeuroDigital Technologies. “If a virtual apple is shown on the screen, with GloveOne, you will be able to feel its shape or weight, sense all of its physical features, and even smash it!” the company said on Kickstarter.

From the Kickstarter page:

It is all about translating touch sensations into vibrations. There are 10 actuators distributed along the palm and fingertips of Gloveone, which vibrate independently at different frequencies and intensities, reproducing accurate touch sensations.

Gloveone allows you to execute commands just by touching your fingers. Four sensors located in your palm, thumb, index and middle fingers detect the contact between them, and can be used to fire a gun, grab a petal or to control the menu. Unlike other gesture recognition systems, contact-triggered commands do not suffer from false positives or negatives, which can be very frustrating for the users. 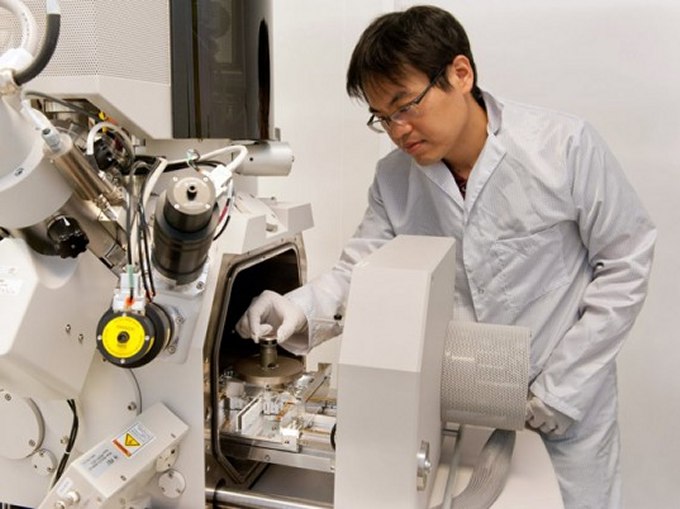