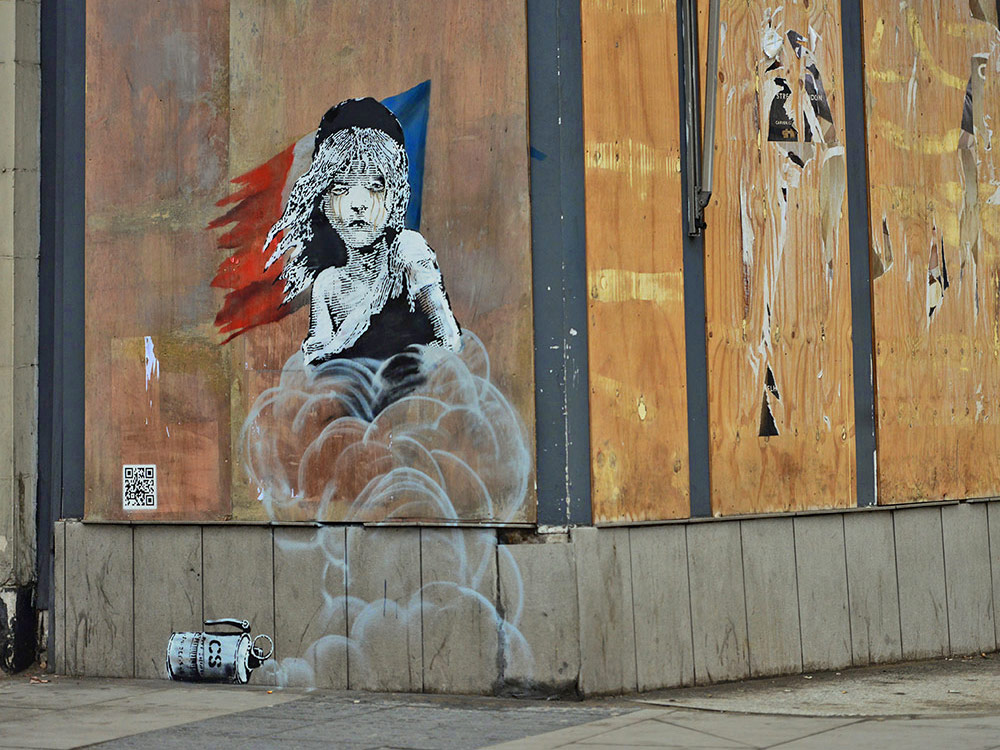 Using a profiling technique commonly employed by the police, it seems that elusive street artist Banksy’s identity has been definitively revealed.

So much for pseudonyms in the age of invasive technology. Remember how J.K. Rowling of Harry Potter fame was quickly identified when she tried to write a novel under a fictitious name? You don’t have to be famous with an identifiable style to be “outed” as yourself these days.

Banksy is most famous for the shadow profiles on buildings and controversial structures, such as the Dismaland theme park. It is a bit ironic that “shadow profiles” of another sort seem to have made anonymity impossible for the artist. A group of researchers from the Queen Mary University of London used a sort of “six degrees of separation” to narrow searches and “geographic profiling” to compile locations spotted. But, the researchers say identifying the artist is not really the point. Their goal is to demonstrate the precision of the technique in identifying potential “hot spot” locations of terrorists and criminals.

Geographic profiling is commonly used to track a suspect’s likely residence or frequented location through a statistical analysis of hot spots. The assumption is that most crimes take place within a certain radius from “home.” So, for example, the cafe where the suspect uses his credit card to purchase coffee each morning is a location clue. In this case, Banksy’s identity is “home” and the hot spots are places where art shows up, along with previous rumors about identity, to narrow the search.

Banksy was none too happy about being the subject of the “geoprofile” study, titled “Tagging Banksy,” and sent lawyers to voice displeasure. Banksy’s legal representatives took particular offense at such reputed artistic graffiti being considered an act of vandalism. After all, despite the anonymity, Banksy’s art has sold for many thousands of dollars to famous people. However, the attempt at legal intervention was unsuccessful, and the study was eventually published in the “Journal of Spatial Science.” According to their findings, Banksy is actually a man named Robin Gunningham, originally from Bristol, where Banksy’s first mural was noted in 1997. Banksy fans are hoping it turns out that the artist has gamed the system and managed to set the parameters that would mislead the study. But, the researchers are confident in their results.

So, the team gets to prove the value of their geographic profiling technology. Banksy’s cover gets blown. And, we the public see one more example of invasive technology used against individuals without due process. Congress was recently shocked to learn that the IRS has been using secret cell phone capturing technology called Stingray, designed for use by police and even controversial in that regard, to investigate potential tax evaders.

Unless, and until, Congress catches up with technology and includes public input in their regulations, we are all on our own to protect our private information from being captured. Lest you dismiss such skepticism as delusional, remember, you’re not paranoid if you are actually being followed.